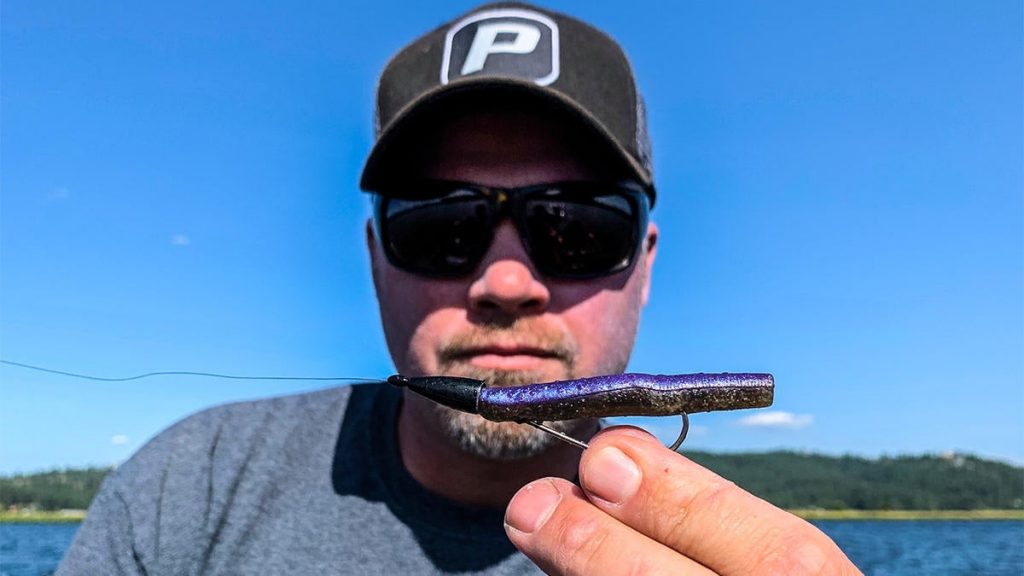 Ask Clausen his most atypical way he’s fished a Z-Man Finesse TRD and he’ll say: Texas rigged on a 3/0 straight shank hook with a 3/16-ounce bullet weight. Flipping this deal on 17-pound line, he’ll send the bait into the same areas he’d fish a creature bait or a jig.

“This excels in clear water or pressured areas, or anywhere you just want to get bites,” Clausen said. “With this presentation, you’ll get more bites because that ShroomZ head doesn’t come through brush or grass or vegetation very well. By Texas rigging it, you can still get it in those places and still get the bites; but you have the line and the hook to get the fish out.”

Stealth is another benefit of Texas rigging a Ned worm. With a much smaller profile than, say, a 1/2-ounce jig, this downsized package sneaks in undetected.

“The fish don’t feel it coming through the water as much, so it tends to catch them off-guard,” Clausen said. “This bait falls into places really easy because of its size, whether it’s falling through a brush pile, or pads, or whatever it may be. It’s something more subtle and those fish aren’t used to seeing those small baits in those heavier cover situations.”