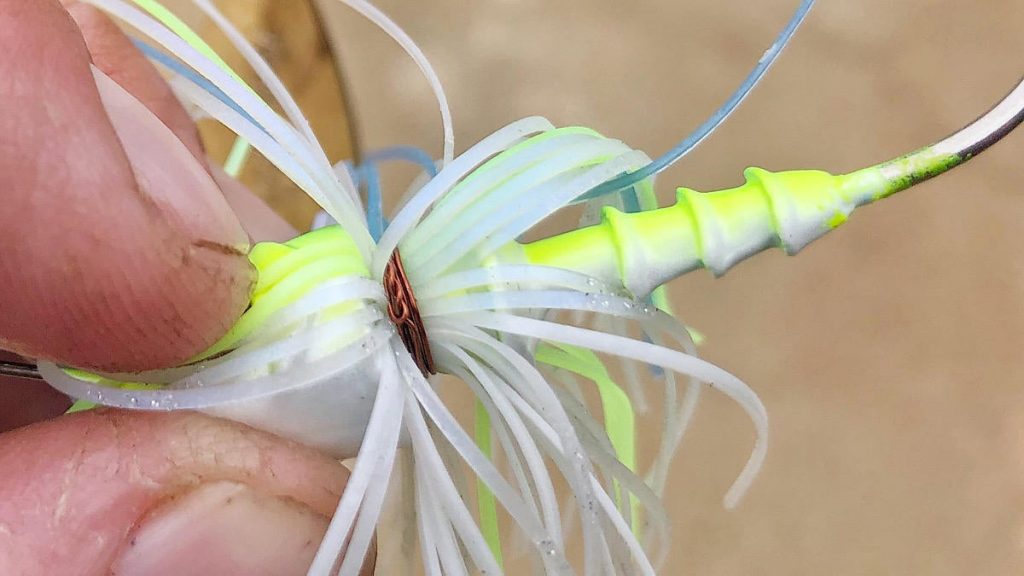 This spinnerbait has a hand-tied skirt, which is a pretty cool feature. We’re starting to see this more and more with skirted baits but it’s still pretty rare in the grand scheme with probably only one bait in a dozen that’s done this way. The reason I like it is because the more popular option of using a rubber band to hold the skirt together doesn’t hold up over time.

The bands used now do last a little longer than the older ones, but there have been times where I’d stock up on a dozen spinnerbaits that I really like, only to find the skirts had fallen off by the time I got down to the last few in my stockpile. The rubber bands would deteriorate and the skirts would just fall off. Not something you have to worry about with a hand-tied skirt.