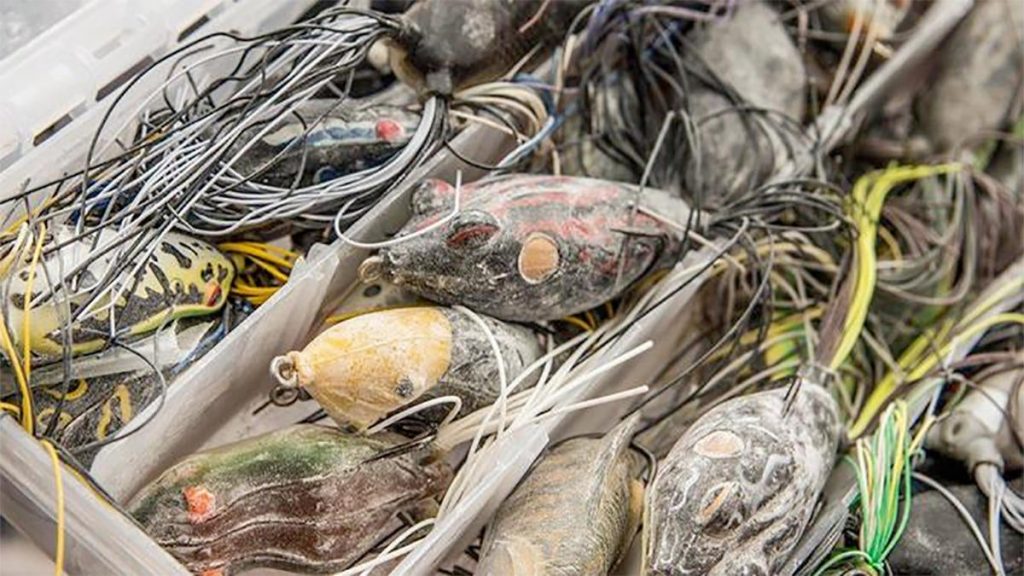 I wrote an article about this five years ago after spending a day in the boat with professional angler Randall Tharp. Maybe I was just naive going into it but I definitely raised an eyebrow when he pulled out his frog box. Each frog he had was absolutely covered in some sort of chalk-like substance and of course, I had to ask him what the heck happened to ’em. He chuckled and began to explain how big of a difference baby powder can make on topwater frogs.

“Most of the silicone legs on frogs will stick together after a single day of fishing,” Tharp said. “I don’t know if it’s the heat or the type of water, but they’ll melt and adhere together like those old-school spinnerbait skirts and totally ruin the frog. I have several prototype frogs that won’t be released for several years and I absolutely have to keep them in good condition because I can’t get any more of them. Messed up legs aren’t an option.”

To be honest, I stewed on this idea for most of my drive home from Lake Guntersville. My biggest worry was that the bass would be able to somehow smell or taste the baby powder which would either deter them from biting or make them spit the frog out before the hookset. After a few days of internal back and forth, I finally bit the proverbial bullet and decided to dump a bunch of cheap baby powder on my expensive frog collection. It was actually a pretty tough thing to make myself do.

Five years later, however, I can safely say that ol’ Randall Tharp was right. I’ve been doing this ever since and my frogs are in outstanding condition compared to the pre-baby powder days. I haven’t noticed any ill effects in regards to the number of bites whatsoever. I’ll take a frog out of the box, tie it on and slap it on the water a time or two and the water washes off the powder without any issues.