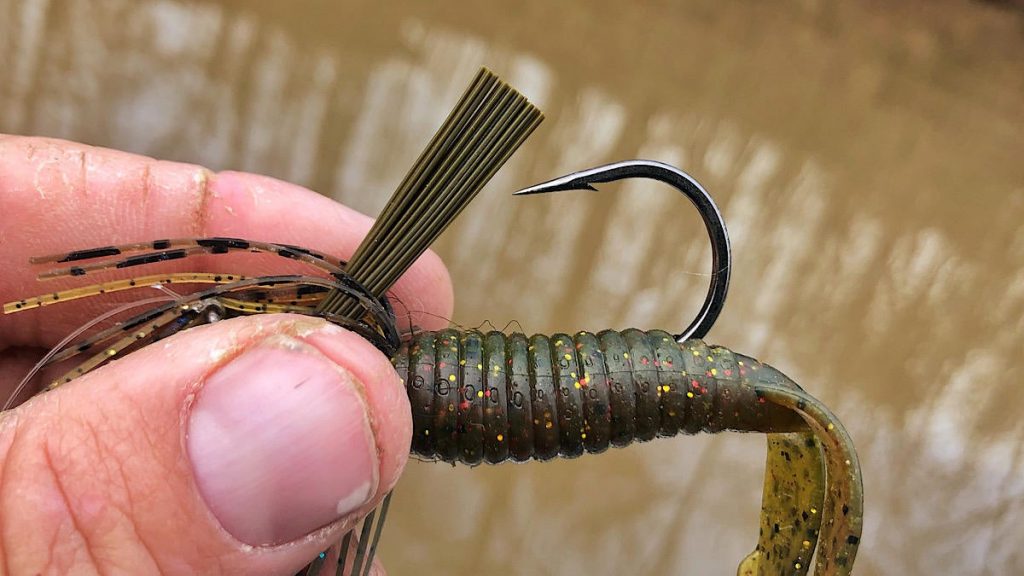 So we’ve found a bait that skips well. Still, there are other things that a good jig has to have too. Probably the most important is a good hook. The Skipper Jig has that, with a solid 5/0 hook incorporated into the design. This hook is bold, but not too big. What I mean by that is that it’s strong enough to hold up under close quarters combat while wrestling a big one from under a dock or bush. But it’s also light enough to penetrate a fish on a longer cast.

What you don’t want to do is have a super big and bold hook that limits the jig’s capabilities. For instance, if I’m flipping reeds in Florida or on the Cal Delta with a jig, I want it to have the biggest hook available because I’d be using an extra-heavy action rod and 65-pound braid. But I’m not planning to cast that jig at all. With a skipping jig, you want a hook that can get the job done from 10 feet away as well as a 100. Pair this setup with a 7-foot heavy-action rod and 17-pound test fluorocarbon and that’s what you have with the hook in the Skipper Jig.