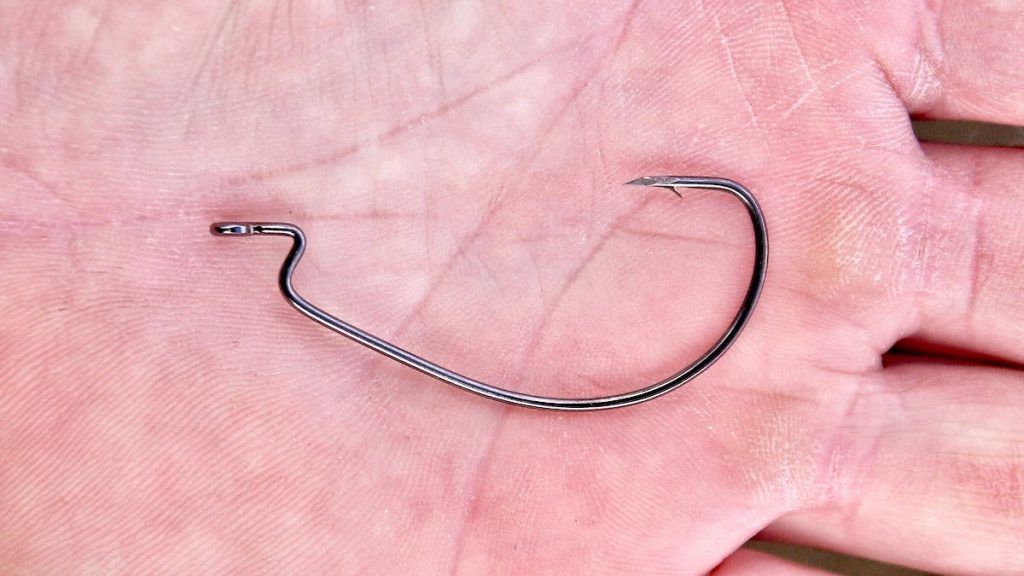 Several hook manufacturers over the years went with a 90-degree neck bend intended to keep a soft plastic in place. Unfortunately, that was found to be ineffective in lots of situations and the bait would slip down the shaft of the hook on a regular basis.

Exaggerating that bend in the neck makes for a much better bait keeper. Trokar does a good job with that here, giving the neck of the hook more of a Z shape. There’s also another subtle difference between this EWG hook and many from the past.

In the past, EWG hooks like this had a point that, if continued, would run straight into the neck of the hook. Anglers noticed the hook point would have a hard time getting into the roof of the fish’s mouth with this design. So we would take the bend of the hook with a pair of pliers and open it up slightly, and then move the pliers towards the tip of the hook just below the bard and bend that part back down. This effectively raised the hook point to where it was no longer in line with the eye of the hook. Trokar does that for you with this EWG as you can see.