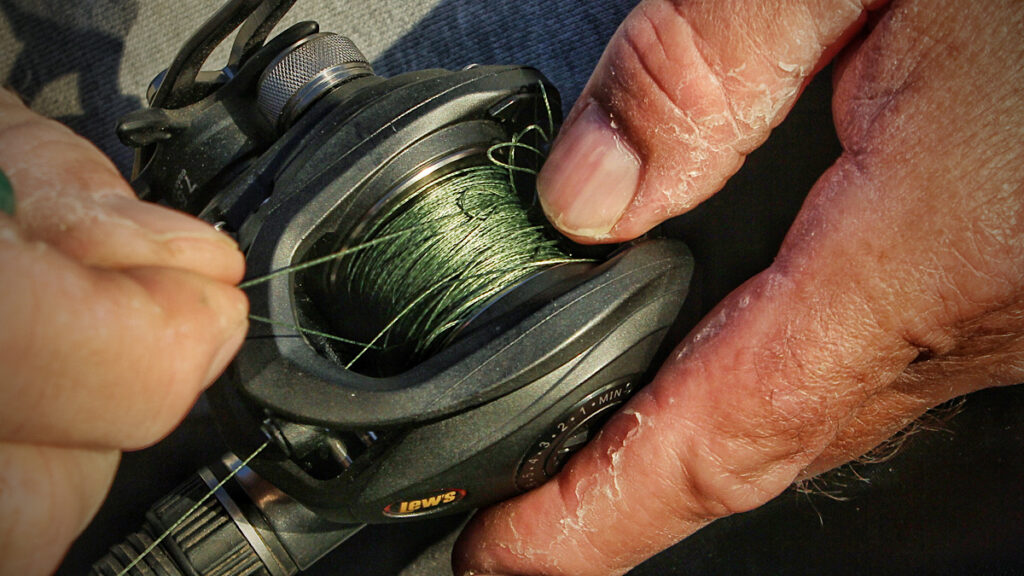 The absolute first thing you want to do is go slow as you start to assess the backlash. I see a lot of anglers get frustrated and just start snatching on their main line or on loops in their spool right out of the gate. This cinches the line down into the spool and makes picking out the backlash nearly impossible. Instead, slowly pull on the mainline and see if your spool will start to turn. Sometimes, you can do this and just ease the backlash out. If the spool stops spinning, it’s time to look for a loop in your line to tug on a bit.

See if you can tell which loop needs to be picked out first. As you pull on your mainline and the spool stops, you’ll notice the loop that’s stopping the spool from spinning will have a sharp point to it. That’s where your mainline is pulling against it. That’s the loop you want to pinch with your fingers and pull on. Often, this will free up the spool to start spinning again and you go back to pulling on the mainline. But sometimes, as you pull on this first loop, another loop will develop a sharp point to it and you have to pull on that loop to get the first loop freed up.

This can go several loops deep sometimes before you get to the loop that’s holding up progress. At the point you pull the loop that’s causing the issue free though, you’ll be able to pull on the main line again and your spool should start spinning. Repeat this process until you reach the bottom of the backlash, but I recommend you do this simultaneously with the next tip.