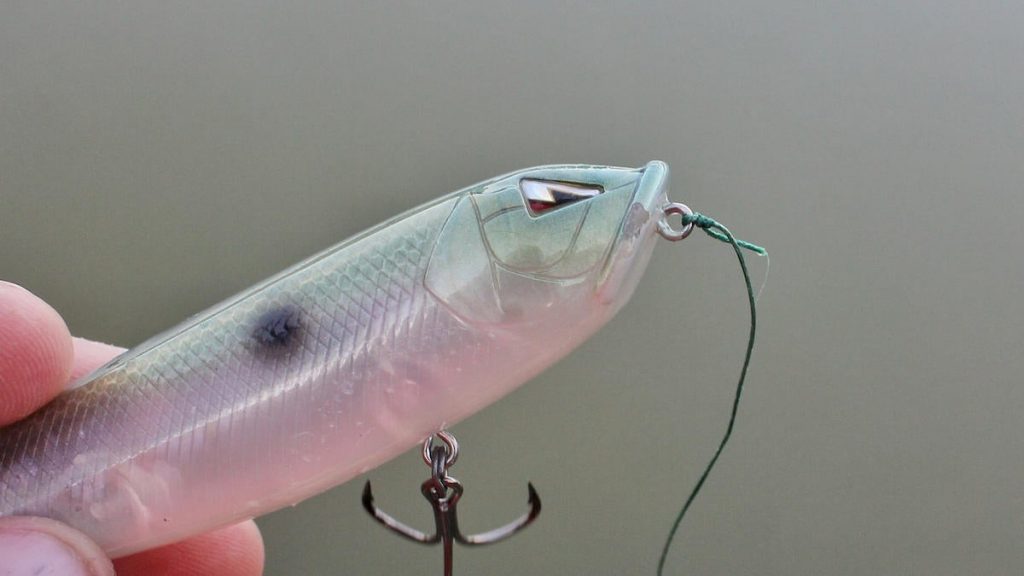 The nose of the Topwater Slider has a nice angle to it that allows the bait to spit a little and walk the dog with ease. I do typically like to have a split ring on the front of any topwater I want to walk side to side, at least when I throw them on braided line. Sometimes, I’ll still use monofilament for topwaters and will tie a loop knot in place of a split ring. The reason for both of these additions is that a bait usually walks better when it has the ability to pivot there at the nose through either a loop knot or a split ring.

But the Topwater Slider doesn’t come with a split ring and though I could have easily added one for a few pennies, I chose to test this bait out as it comes straight out of the box. What I found is that this bait still walks well without the split ring. Anytime that’s the case, it is better to leave the split ring out of the equation since something seemingly small and insignificant can still weigh the front end of the bait down and throw off the action. So moving forward, I might test it out with a split ring or loop knot on mono just out of curiosity, but as it fishes straight out of the box, it’s an easy bait to walk so why bother?