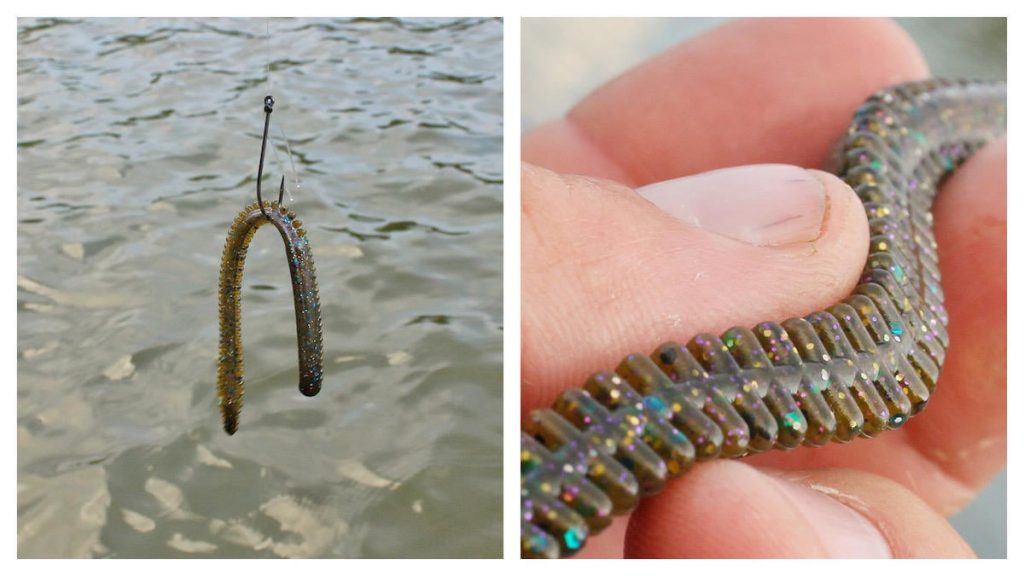 The aptly named NetBait Flex Worm is one of the most flexible worms I’ve ever used. But what makes it more flexible than other worms? The intentionally different design is the answer. The Flex Worm has a spine that runs the length of it with what looks like dozens of little balls lining both edges. These little round outcroppings form ribs with spaces between them.

The lack of material in the gaps between the ribs allows the Flex Worm to double over until the ribs touch. Likewise on the opposite side of the worm, the ribs are able to spread farther apart and allow the bait to bend better since the worm isn’t one continuous, restrictive run of plastic like most other baits.