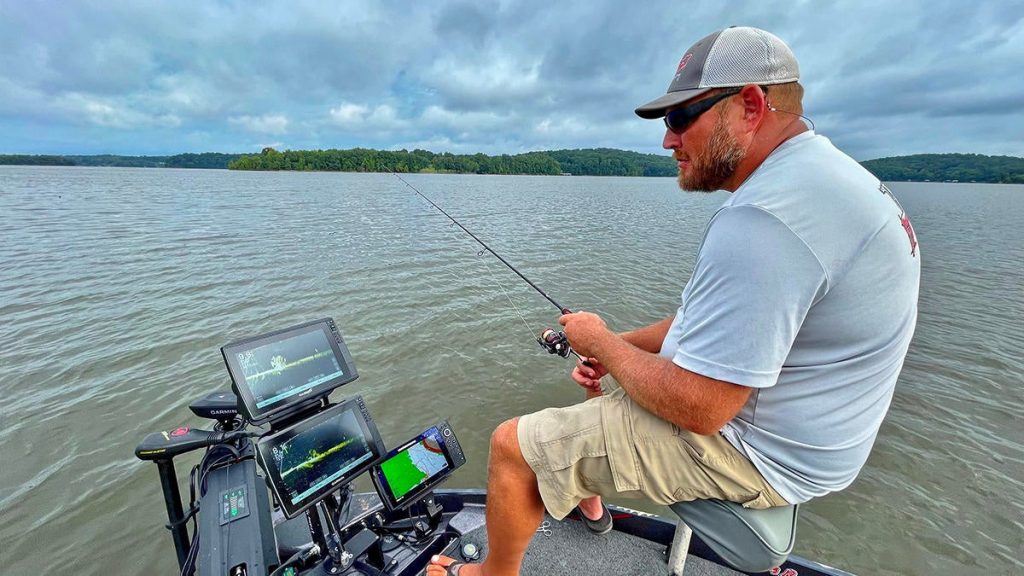 Even though the water is warm, the fish are not as app to chase in the late summer. They will make a quick move but don’t want to come from a long way to get a jig. So you have to keep it in their face as long as possible.

“You want to reel the jig really slow. So using a lighter jig, and lighter line and reeling really slow you can hit the same depth range you had been with heavier jigs in the spring,” Sheppard said.

I’ve also found that you want to make a move without moving the jig. By that I mean, sometimes if you will just pop the jig a little and let it flutter a split second, you can break a crappie out of his trance, and they will react to your jig. So I try to stutter or flutter a jig a lot. Don’t jerk it hard and move the jig away from the fish. Just cause it to change it’s action for just a split second to get the crappie to react. That’s what moving it without moving it means.