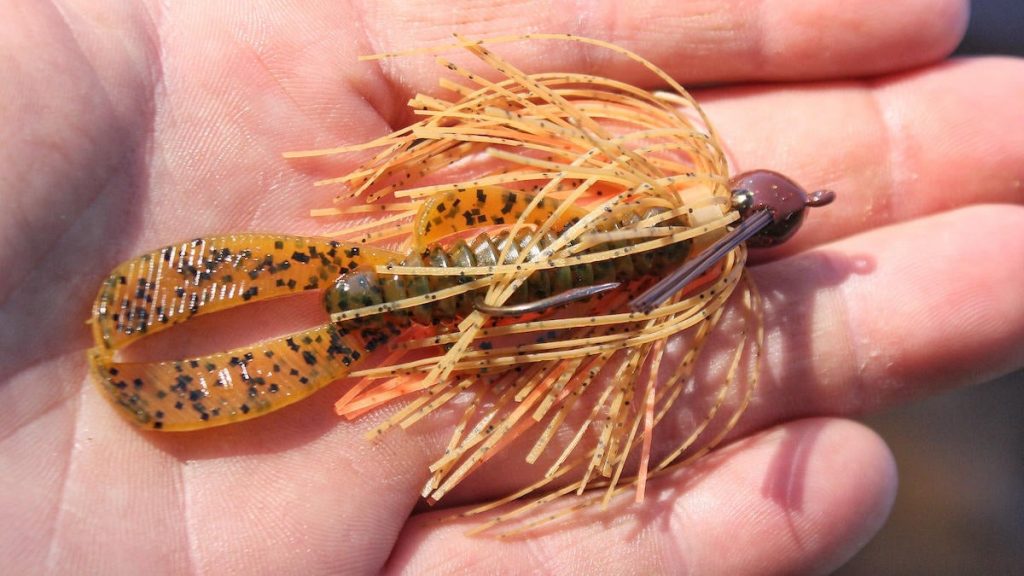 There’s a small bait revolution of sorts making its way through the fishing industry. And really I guess there are explosions throughout the sport where these little niche genres of baits are getting more and more popular with dozens of new companies getting into the mix of making things like glide baits, giant swimbaits, wake baits, magnum spoons and the whole lot.

So small baits are feeding off that same frenzy as a lot of these companies have halted their efforts at trying to reinvent the spinnerbait, buzzbait and squarebill and started trying to corner these smaller markets-finesse and micro jigs being one of those areas. There are lots of good options out there in that arena now, but the Strike King Bitsy Bug has been around for decades and is holding its own against these newcomers. And Strike King just added an awesome trailer for it in the Rage Ned Bug.

Though some days I do like to have a bigger chunk for a trailer with a small jig like this, there are certainly times when I’ll go the extreme opposite direction. When flipping a 1/4-ounce Bitsy Bug around shallow wood for instance, I like a Rage Chunk or a bitten off Menace Grub that will cause the bait to fall a lot slower. But if I’m wanting the bait to get down on the bottom and I’m fishing out in the open around smaller or chunk rock, the Rage Ned Bug is the perfect little trailer for a Bitsy Bug.