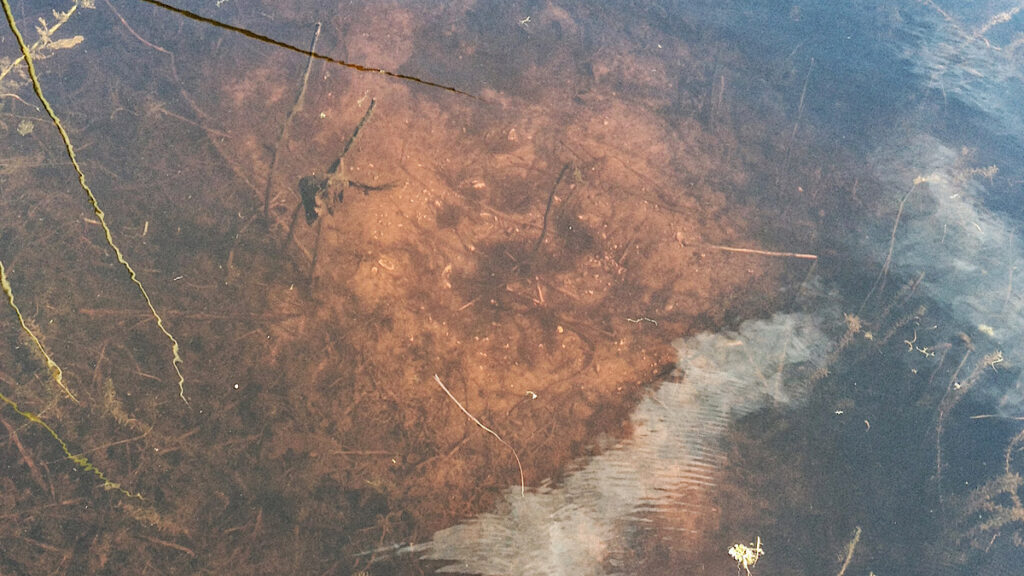 Pitching the Black Bean Rig to beds Frink could see in practice for this tournament, he developed a sense of what the beds felt like. And in the tournament, when he couldn’t see the beds as well or even at all, he could fish his way into a bed and feel the bottom contour change because of the sensitivity of the weight.

By blind-pitching to areas where Frink believed beds should be, he was able to stay back off the beds and fish them without even visually looking for the light spots, that are the typical indicators of a bed cleaned out by a bass.

“A lot of times with that rig, I’d be able to feel if there was a bed there,” said Frink. “That was one of the things that I felt like was a big player. Having the confidence to know, ‘This feels like a bed’.”

Frink would then make repetitive casts to a bed he couldn’t actually see, but he could feel. And this resulted in a handful of fish catches that he is confident were spawners on bed, even though he was fishing for them by feel alone and not by sight.

“On the final day, I was seeing light spots, but it was cloudy and windy so I couldn’t see unless I was right up on the reed edge,” Frink said. “But I didn’t want to get too close, so I would just pitch it into little cuts in the reeds and right up to the reeds.”

Because of the design of this weight, it falls straight down like a drop shot where traditional bullet-style weights tend to glide around a bit and not fall straight. This greatly increased Frink’s accuracy and helped him to fish more efficiently in the beds he could see and the areas where he felt certain there were beds that he couldn’t see.