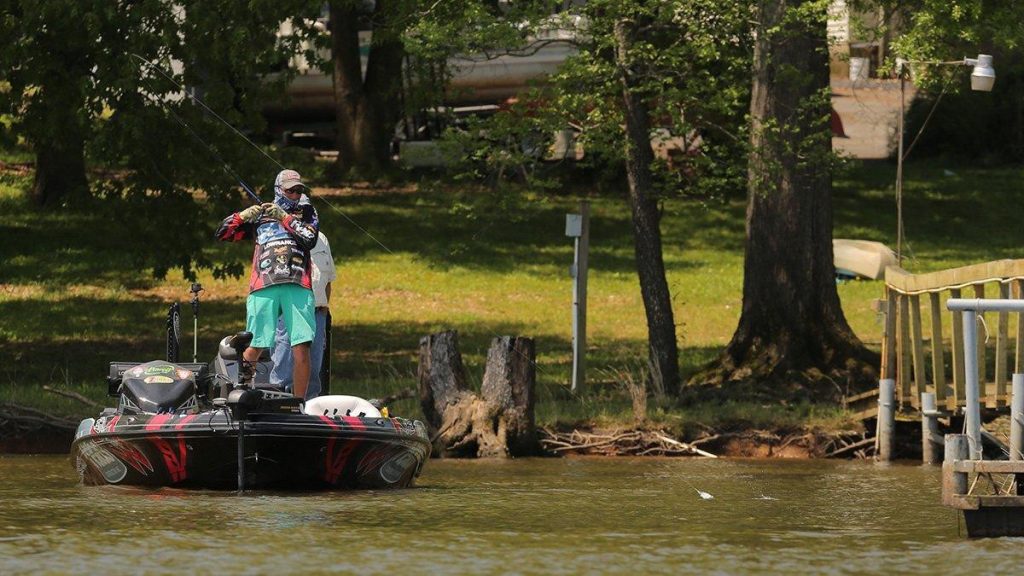 On either side of the bedding period, plump prespawners and recovering post spawners with their big heads seemingly mismatched to their railed-out bodies will utilize various cover — docks, rocks, points, ledges — outside the spawning bays; often with overlapping schedules providing an opportunity to catch them “coming and going.”

Wesley Strader recently did this on Kentucky Lake en route to his first Bassmaster Elite Series victory. Having figured out that fish were staging in both directions on docks in Big Sandy Creek, the Tennessee pro picked off several keepers with a PH Custom Lures balsa crankbait and a Stan Sloan Bango Blade spinnerbait.

A week later, at the Costa FLW Series Western Division event on Clear Lake, seventh-place finisher Vince Hurtado banked much of his event on the mouth of a residential channel lined with multiple types of submerged vegetation. With pre and post spawn fish tarrying in the grassy lounges, he sacked up good limits with a lipless rattle bait, a spinnerbait and a boottail swimbait.

In such scenarios, it’s easy to pull away from the door and visit the maternity ward, should conditions become favorable. And if the shallow bite’s not happening, the adjacent two-way street can keep you in the ballgame.

“I try to figure out the stage that will produce the biggest bites; but usually, if there are fish on beds, that’s usually the game I play, because that’s one of my strengths,” said Elite pro Alton Jones. “You have to test the waters on all three, but prespawn and spawn fish are going to weigh more than post spawn.

“However, if you get on post spawn fish, you can find a school of big females that are out in deep water. So you just have to figure out what produces the best average quality.”