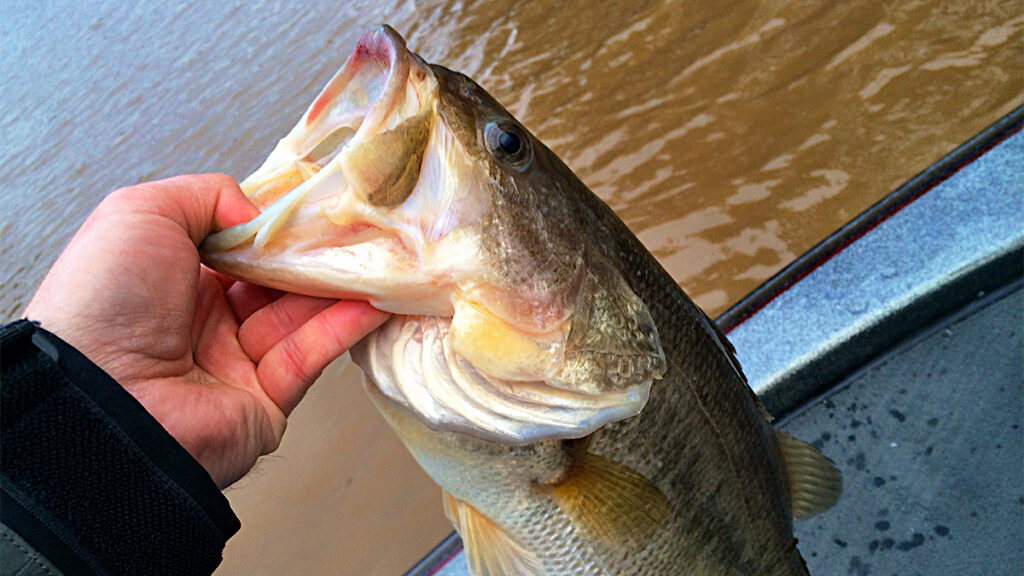 This is something I’ve done way too much during my earlier tournaments and also something I’ve seen my co-anglers do too much. I don’t really know where I got the term “tickle bunny” but essentially, it refers to retying your lures too much. That’s what I call it when I’m trying to get too cute with my lure selection. Whether its your boater or co-angler, if they’re catching fish on some particular lure and you’re not getting many bites, it’s way too tempting to sit in the bottom of the boat and tie on 50 different lures throughout the day.

I’ve had a few co-anglers who have spent more time rigging tackle than they have fishing. In my first few years of tournaments, I felt like I was doing the same thing, too. I was recently talking to someone who was asking all kinds of questions about soft-plastic colors, shapes and totally overanalyzing what they were doing on the water.

In my personal opinion (and I could very well be wrong), it’s important to understand that you’re chasing an animal with a brain the size of your pinky fingernail. I’m not trying to diminutize the challenge of bass fishing but I think it’s imperative to bring ourselves back down to earth every now and again in an attempt to simplify our collective approach. These bass are just animals that care about spawning, eating and regulating their body temperatures. I’m certainly guilty of overcomplicating things at times but I try my very hardest to remind myself that it’s just fishing.

Obviously, it’s not that simple because if it were, we’d all be Kevin VanDam, Jordan Lee, Patrick Walters or Jacob Wheeler. But when spending time in the boat with full-time professionals of that caliber or my friends here locally who do very well in tournaments, their simple approaches have really stood out to me. It seems like they know what they’re good at; they know their strengths and weaknesses and they do everything possible to zero-in on the techniques they’re best at.

If you’re not getting a bunch of bites during a tournament, it’s tempting to blame it on your lure selection. You’re throwing watermelon red instead of green pumpkin. You’re throwing a threadfin-colored crankbait instead of a gizzard shad-colored crankbait… or something like that. But while I’ve been fishing with really good tournament anglers throughout my outdoor writing career, I’ve noticed that they don’t really buy into all of that.

They have confidence in what they’re throwing and if they’re not getting bites, they move.

I’ve incorporated this into my own fishing throughout the years and I can personally testify that it works. There’s no such thing as a linear bait or lure progession as you’re going down the bank. It’s not a “well, let’s try option No. 1 and if that doesn’t work, I’ll go to option No. 2 and No. 3 as a backup plan.” Just try to fish the current conditions. If it doesn’t feel right, don’t fish it.

I absolutely stink at fishing a drop shot. I also stink at throwing a Neko rig. If I go down a stretch of bank with my preferred options, a jig or a shallow-diving crankbait, why would I run back through the same area with techniques in which I’m not confident? In my opinion, based on the advice of world-class anglers who are much, much better than me, that just wastes a bunch of time. Stick with your strengths, don’t get cute and try to make ‘em bite what you like to throw. Confidence seems to be the most common characteristic of outstanding tournament anglers.