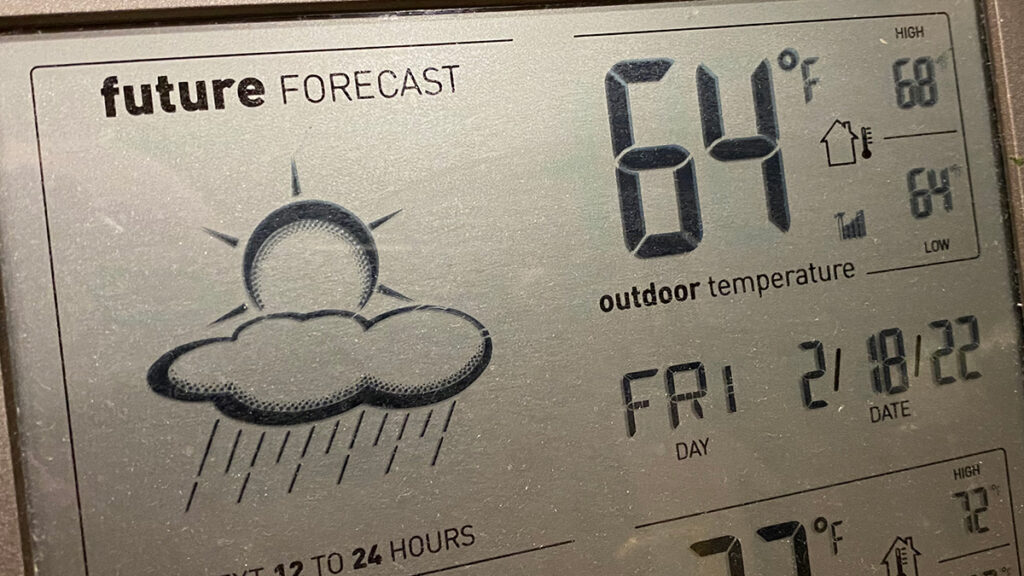 It took me many years before I finally drilled this through my thick and obstinate skull. I’d enter a Saturday morning derby during the prespawn and think I was going to wreck ’em because the high that day was 70 degrees. Truth be told, I can probably count on one hand the number of those tournaments in which I cashed a check.

I finally realized that the daytime highs don’t matter nearly as much as the nighttime lows. It is so tempting to pull up the weather apps on your phone and look at the daytime highs for the week but I’m telling you, those don’t matter as much. In my area, the “money temperatures” are when you see the nighttime lows reaching into the 55- to 65-degree range. When those warm nights happen for two or three days in a row, I don’t care how cold it has been lately; those bass have their noses pointed towards the bank and they’re going to move shallow.

Those random one-off warm nights don’t seem to be as good for me. While they can certainly push a few bass into the shallows, something in the back of my mind tells me that big prespawn bass one some sort of continuity for a few days before they finally make the commitment to move towards shallow water.

The above photo is a quick cell phone shot of the weather station above our kitchen sink. I paid like $30 for this thing at Tractor Supply and I can’t tell you how often I check it during this time of year. As soon as I see that low temperature reaching 60 degrees, I’m rigging up my shallow crankbaits, ChatterBaits and swim jigs to dissect cover near shallow spawning flats.