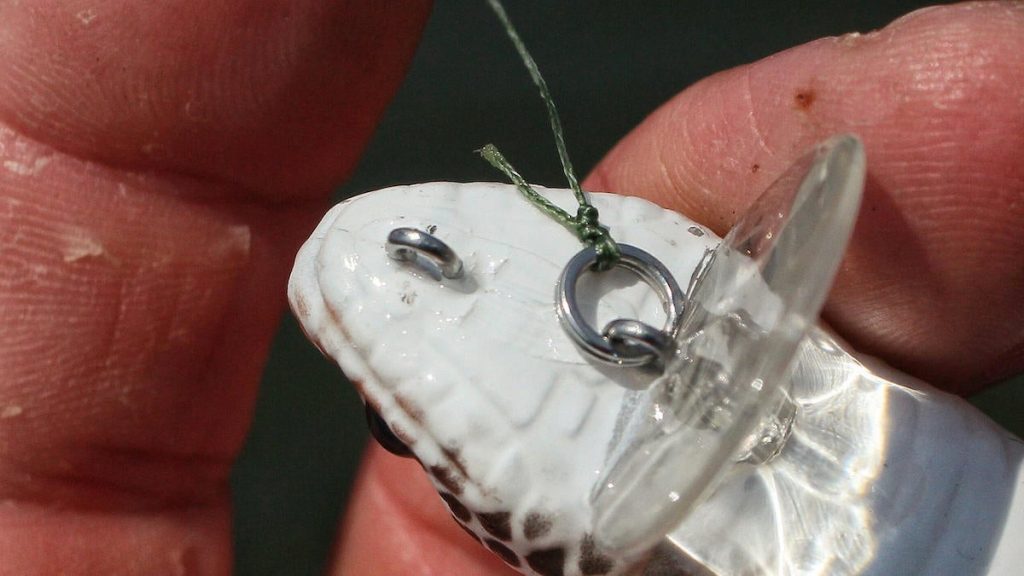 There are also two line tie points on the nose of the bait that will allow it to dive a little deeper. Initially, I thought this would be a waste of time. What’s the point in a wakebait not waking along the surface? But in honor of due diligence, I moved the split ring up to the front eye and tried it out… and it looked so good. The bait still has the same action, simply 6 inches or so under the water instead. Again, it just looks so much like a snake. Savage Gear really did a fantastic job creating a super realistic bait with this one. But how?