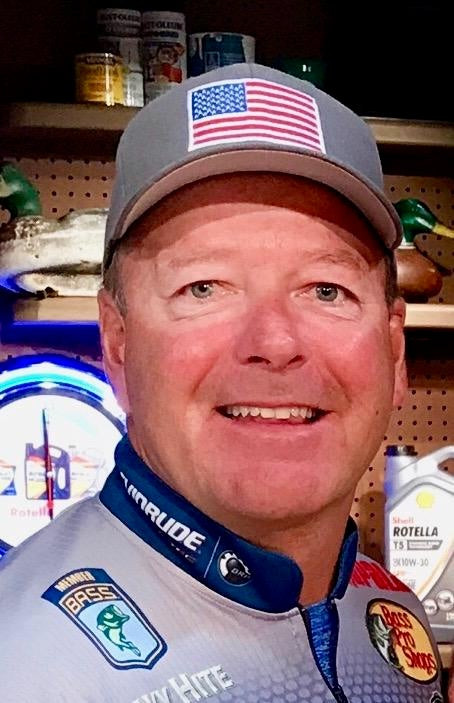 Davy Hite took a risk, giving up a rock-solid career in the SC National Guard to pursue his dream of becoming a professional angler. Over the course of twenty-four seasons he excelled, winning two Bassmaster Angler of the Year titles, the 1999 Bassmaster Classic and the 1998 FLW Forrest Wood Cup. His ledger includes eight Bassmaster victories along with the FLW Championship.

After retiring from competition upon the conclusion of the 2016 Bassmaster Elite Series season, Hite slid seamlessly into a new role as a co-host on Bassmaster LIVE and The Bassmasters TV show.

Davy serves on the Board of Trustees for the South Carolina Center for Fathers and Families, a charitable organization whose mission is to provide the means for fathers to be great dads. He also donates his time to a number of other worthy organizations. Without a doubt, Davy considers his greatest accomplishment in life to be the two remarkable sons he and Natalie have been blessed to call their own.