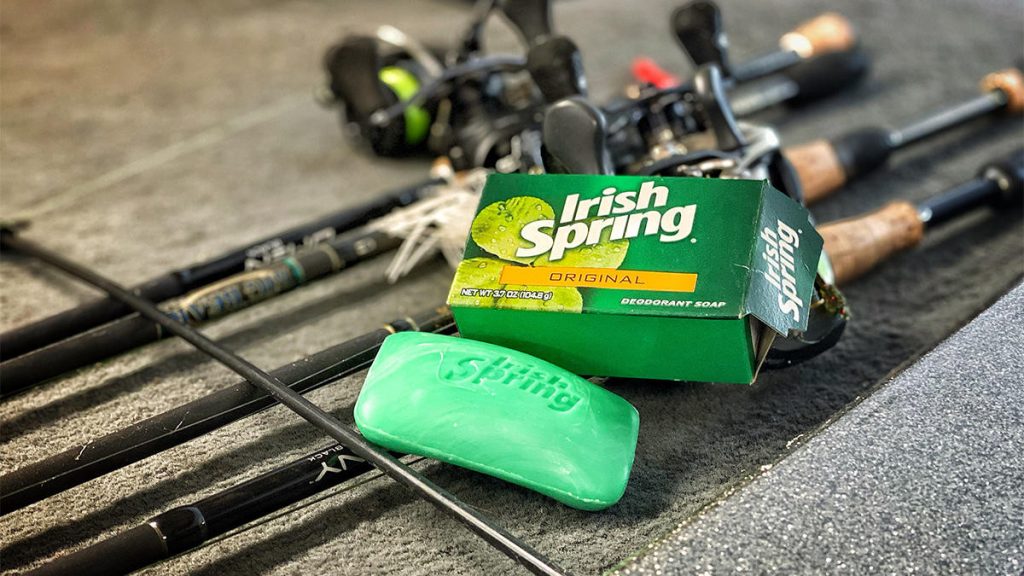 When I was growing up, my buddy’s dad used to swear by bathing with Irish Spring soap before every deer hunt. I always thought that was weird because you’re supposed to be scentless whenever you’re in the deer woods. But that joker killed more deer than any of us combined.

He didn’t use it for the scent, however. He used that Irish Spring because he said a bug wouldn’t come within 10 feet of him in the deer stand. This was long before Thermacells and what not; we had to use whatever we could think of to keep those mosquitos from carrying us off.

During a conversation with my buddy and colleague Terry Brown, he mentioned putting an Irish Spring soap bar in the sump compartment (where your batteries and stuff are) of your boat. Not only will it almost ensure that mice, rats and other nasty furry things don’t get in there, but he mentioned that the bugs hate it as well.

Adding that to my old hunting buddy’s dad’s beliefs, I had to try it. Honestly, I just tossed a bar somewhere down there and didn’t really think much about it. But sure enough, the bug issue has nearly disappeared. I never had a rodent problem in my shop (thankfully) but Terry swears it works perfectly.

As an added benefit, I’ve noticed that the Irish Spring significantly reduces the amount of fuel smell coming from the back compartment. I don’t know if it’s because my boat is old or something, but it has a pretty strong fuel smell around the back-deck area. That silly soap bar, however, has really cut down the stink, though.