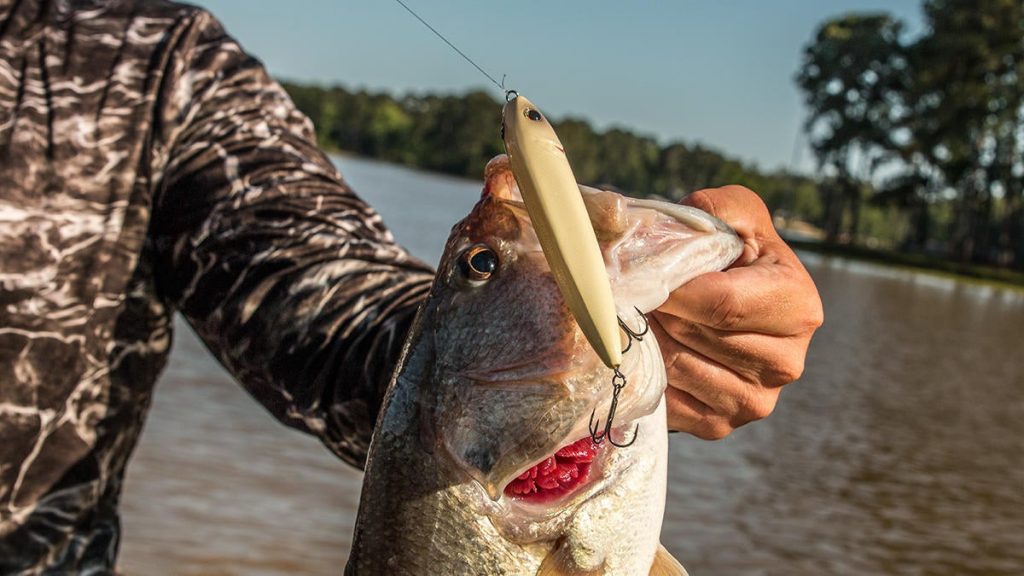 I’ve always like to fish fast and there are some days when I feel like I just can’t possibly fish quickly enough. Whether the prevailing pattern dictates I run through a lot of water or I just wake up in a certain mood, I’ll definitely run down a trolling motor battery.

One of the best ways I’ve found to efficiently cover water in low-water situations is with a walking topwater plug. I never really did this much until my buddy, Matt Henry, showed me its effectiveness about eight years ago. It was just about this time of year, so it was hotter than blue blazes and of course, Georgia Power had our lake low enough that you could have walked under the boat docks. The bite was awful and Matt broke out a topwater plug and absolutely blew my mind.

Within about two hours, that joker had caught north of 20 pounds by paralleling the bank and blind-casting that topwater 15 yards in front of the shoreline. The water was crystal clear and we had been seeing some roamers earlier in the day but we couldn’t get them to bite… until he whipped out that dang topwater lure.

I’ll admit that this is still tough for me to do sometimes because it’s strange making casts to things you can’t physically see. I’d much rather flip and pitch around isolated cover, but if you can make yourself stick to this pattern for a full day and toss a topwater plug such as a Berkley Drift Walker (pictured) or something similar, I’m willing to bet you’ll have a nice sack of fish before sunset.