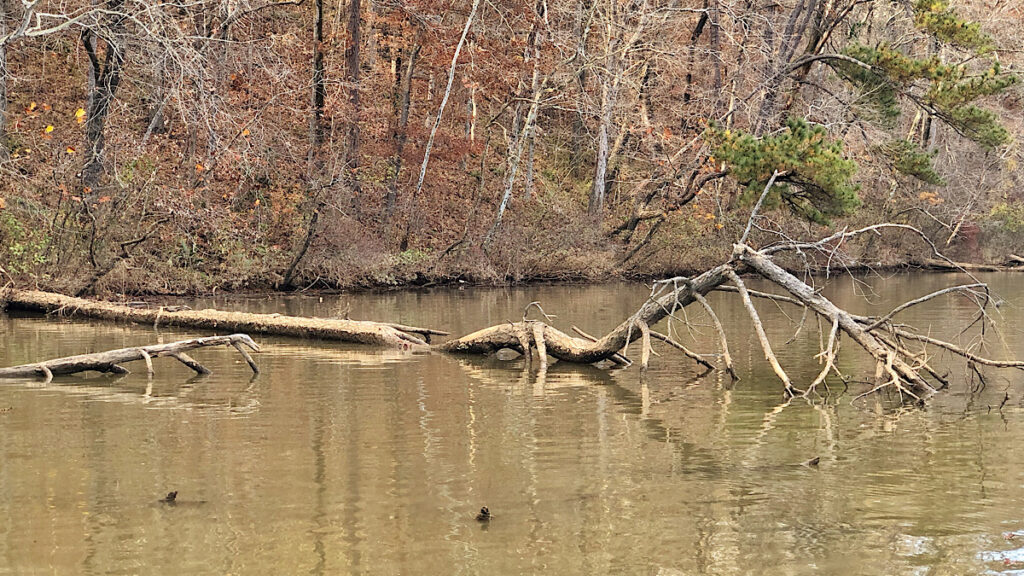 When deciding whether to fish a spinnerbait or a vibrating jig in muddy water, I first assess the type of cover I’ll be fishing around. You’ll often find that several baits would theoretically be effective at drawing a strike but some are much better at coming through certain cover than others. For instance, I really like a vibrating jig in submerged vegetation because the bait rips free better than a spinnerbait typically will. But the bass would likely bite one just as good as the other. The spinnerbait though is less effective simply because it can’t be fished efficiently.

On the flip side of that, I’ve caught some nice fish out of laydowns on a ChatterBait but rarely fish one in that type of cover anymore because they’re much more prone to hanging up in that situation versus a spinnerbait. The hook on a spinnerbait stays vertical nearly all the time, as long as the spinnerbait hasn’t been damaged. But the hook on a vibrating jig is constantly rolling left to right as the bait rocks back and forth. This makes it much easier to worm a spinnerbait through a tree full of limbs than a vibrating jig, though the fish would likely bite either.

Then there’s one more cover situation in which a vibrating jig shines much brighter than a spinnerbait and that’s whenever you’re wanting to skip a bait under cover. Docks, bushes and other overhead cover make some great dwelling spots for a bass but skipping a spinnerbait is dang near impossible. A vibrating jig, however, is one of the easiest baits out there to skip. So this is another example of a time when both baits would likely get bit but one is much more effective at getting in front of the fish.