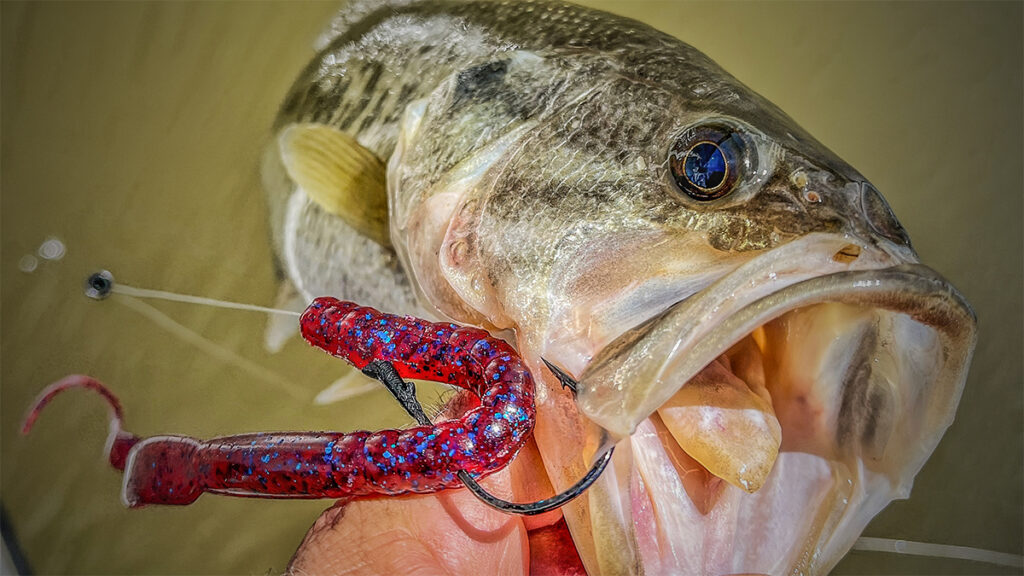 With jigs and Texas rigs that you’re casting out and dragging back, you have to be careful again not to jump the gun and set the hook too early. It’s a good idea, especially with longer worms, to drop your rod a little after you first feel the bite and count to three before setting the hook. With both worms and jigs, it’s a good idea to kind of ease up on the rod and put tension back on the line to see if the fish still has the bait or if it just hit it and dropped it. This is often referred to as “checking” a fish.

If you feel the fish swimming with it, lay into her. But if the fish has spit the bait out, you can often work it a little longer and the bass will pick it up again. Counting to three before setting the hook also prevents a lot of short strikes with worms, where the fish may eat the tail end of the bait on the initial thump, but not have enough of the worm yet for the hook to be in the fish’s mouth. Giving them a few seconds usually allows the fish to eat the rest of the bait and then when you set the hook you actually hook up with the fish, instead of just reeling in half a worm.