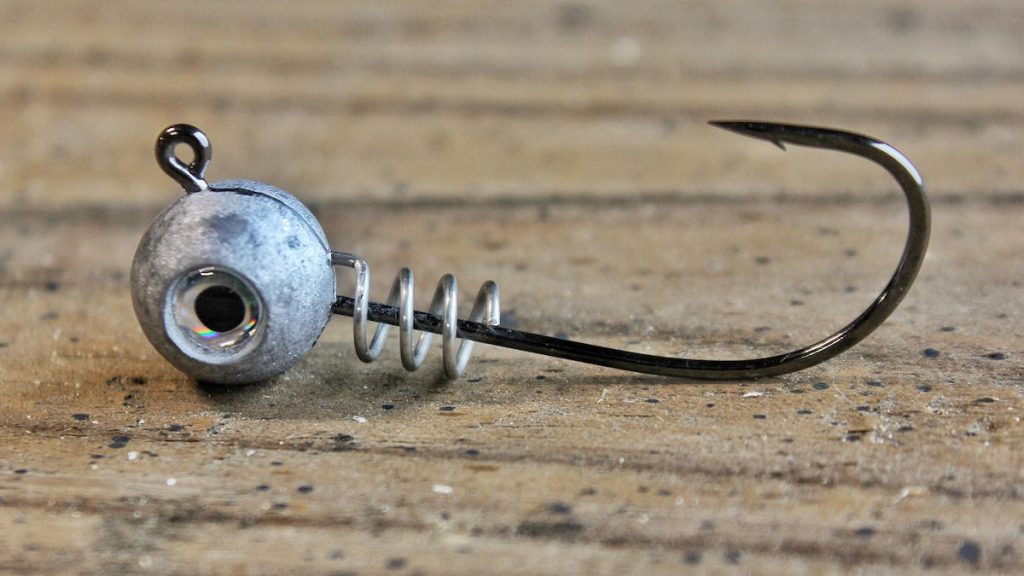 For starters, let’s look at something I’ve never really liked… the corkscrew-style keeper. I’ve used other baits before with a corkscrew keeper like this and it’s kind of a pain to spin the soft plastic bait around and around as you screw the nose of the bait up onto the corkscrew keeper. So I’ve actually never used a swimbait head like this and instead, have always used jig heads with the old lead bard-style trailer keepers.

But, I’ll admit I was wrong in not having given this deal a chance before. Though it is still a bit cumbersome running the bait up on the jig head the first time, the corkscrew-style keeper of the VMC Hybrid Swimbait Jig does phenomenally well at keeping the swimbait up on the hook. I caught several fish without the bait being pulled down at all, which happens after the first or second bite on a tradition keeper.

I only finally had to re-rig when the bait was nearly torn into halfway down from all the action. I’m really impressed with the functionality of this corkscrew keeper, though I will offer one last note. You’ll want to use a swimbait with a little meat to the nose of it. A thin-nosed swimbait will tear.