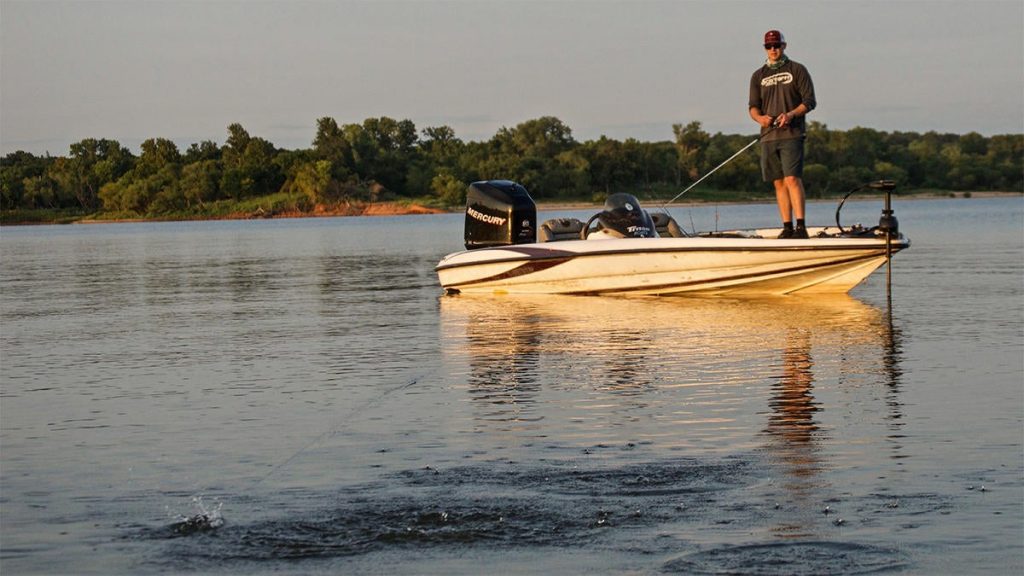 One answer that I was still digging for still eluded me.

Which bait would Rick Clunn use to try to trigger a fish to strike if he were going to hunker down and stay on the fish he located?

“Really you’re just looking for one or two extra fish between those feeding periods,” Clunn said. “And there are some baits that might trigger them if you stay on your area.”

In my mind, I immediately thought about something like a shaky head. Not because I love throwing it or even have that much confidence in it; I’ve just conducted hundreds of interviews over the years and if I had to guess what an angler was going to suggest when the bite gets tough, it would be a shaky head. Then a dropshot, a Ned rig or a Neko rig maybe. However, I was surprised and delighted by Clunn’s answer.

“It’s important to understand the predator/prey relationship,” Clunn said. “We’ll use the analogy of a lion sitting there watching a herd of impala. Even if he’s active, he tries to pick the young or the weak. He uses the laws of conservation of energy. Which one can he get and receive the most energy from with the least effort or injury?

“Predators were not designed to eat the whole herd. Remember the Lion King? It kind of works off of that a little bit. Yes, they’re out there to eat the impala, but they’re not there to destroy the whole herd. Their presence should make the herd healthier by eliminating the weak. So that’s why one of my favorite choices in that time frame is a topwater.”

The proverbial circle of life. Rick Clunn throws a topwater when the fish aren’t biting because of the Lion King. And that’s one of the many reasons Rick Clunn is better than you or I ever will be. One of the reasons he is one of the best and most loved anglers in the world. He has a far deeper spirit and grasp on things than most of us will ever even glimpse. Thanks for taking the time, Clunn. We all appreciate the glimpse.