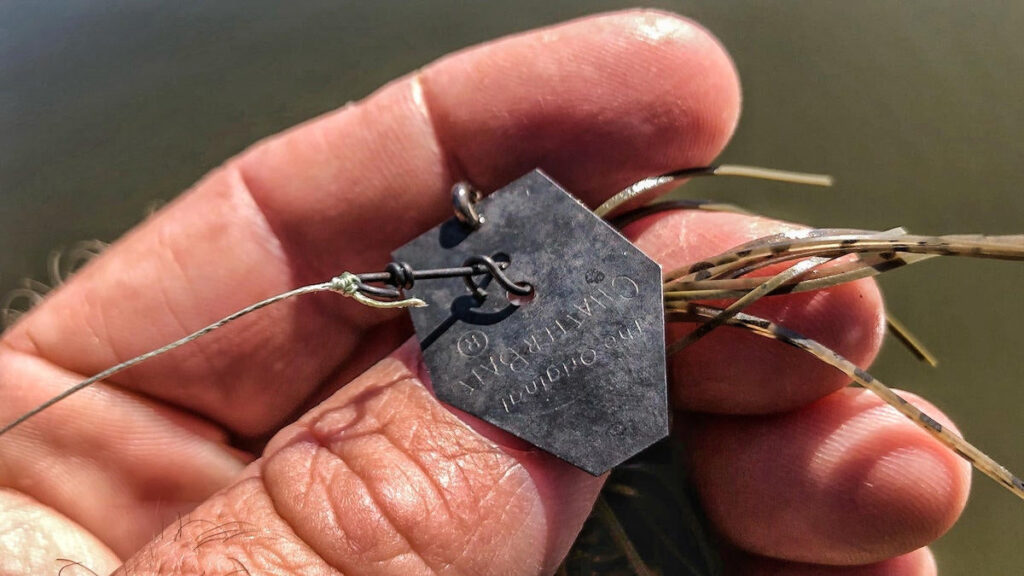 The ChatterBait Custom is the gold standard in all-around performance in my opinion. When placed alongside the Original ChatterBait, there are a couple things Z-Man really improved upon to make this a fantastic little fishing machine.

Most notable is the line tie. The Achilles’ heel of the Original ChatterBait is the line tie clip. Capable of holding up to most fish, it always made me a little leery when I’d have to wrestle a big one out of thick cover.

The fault was partly mine for fishing my ChatterBaits on braid but I’d often worry about straitening the clip on those older ChatterBaits. The new line tie Z-Man incorporated into the ChatterBait Custom though is second to none in strength. They really outdid themselves, improving on one of the best baits of all time in a major way. Adding to the new clip, Z-man also beefed up the hook, added a heavier duty skirt band and moved away from painted blades that chip to more durable metallic finishes.