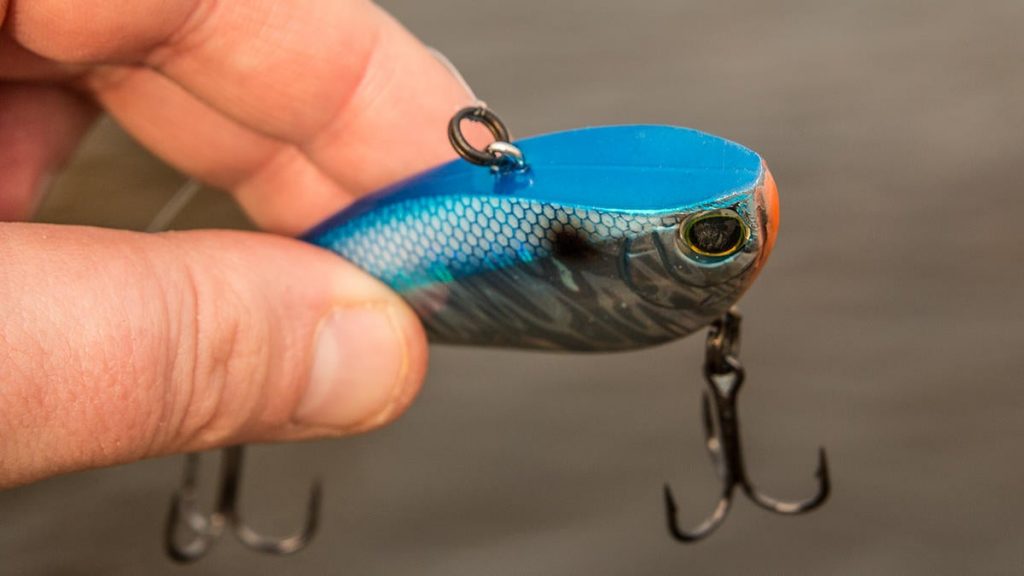 I’ve tested a bunch of lipless plugs that have disappointed me when it comes to casting distance. They have the weight to make good casts, but something about the aerodynamics of them cause ’em to helicopter and catch too much wind, which significantly hurts your distance. In my opinion, a major part of lipless cranks is to help an angler cover a bunch of water, so I consider casting distance to be a very important part of these lures.

The Rattl’n Vibe rarely twirls or helicopters, even when cast into a stiff headwind. It stays straight as an arrow in the air and those stainless steel bearings we talked about also help transfer the weight on your back cast, allowing your rod to maximize its load and launch the lure a healthy distance.

This has helped me tremendously lately. Our lake is currently in a drawdown and the water is super clear. The fish are in just inches of water in some cases and they’ll spook in a heartbeat if you get too close to them. Heck, you can see ’em swirl when they spook, so I know how finicky they’re being. But being able to bomb this Rattl’n Vibe before they see or hear my boat is a huge deal. I’m getting a lot of bites on the end of my casts which is showing me the importance of long casts.