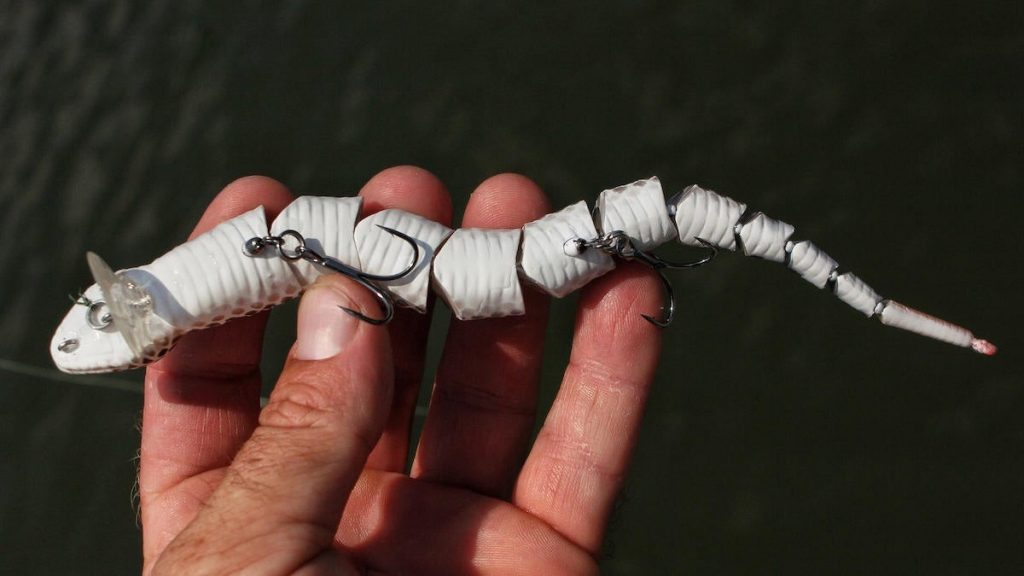 I have only fished with the 8-inch version, though the 3D Snake Wakebait is also available in a 12-inch version that I would like to try. But the 8-inch one casts surprisingly well. I thought it might fold up and cause it to throw like a potato chip. But I could cast it similar to how I would a midrange topwater. The bait is also listed as an ounce, but I was able to comfortably fish it on a 7-foot medium heavy baitcasting rod without feeling overpowered by the bait at all. I fished this bait on 30-pound braid but could certainly see fishing it with 15- to 20- pound test monofilament as well, though I don’t think it would cast as well.