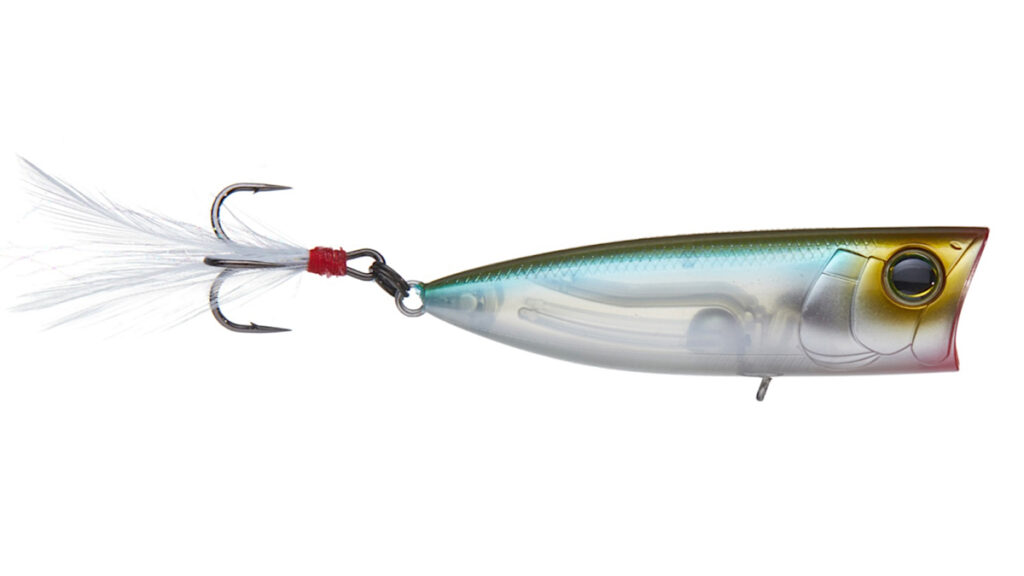 The first thing I noticed with this popper that sets it apart from many others is its castability. There’s a magnetic weight transfer system inside this bait that makes it super easy to cast, both accurately and long distances. When the bait is sitting in the water and being worked along the surface, there’s a metal ball that sticks to a magnet in the belly of the bait.

But when you go to cast the bait, the ball dislodges from this magnet in your backcast and then loads up in the tail of the bait to make it more aerodynamic as the bait is released and flies through the air tail-first. Some poppers feel like you’re trying to cast a potato chip and have a tendency to flail around as the fly through the air, making them hard to cast accurately or far. That’s definitely not the case with the Hardcore Popper 70F.