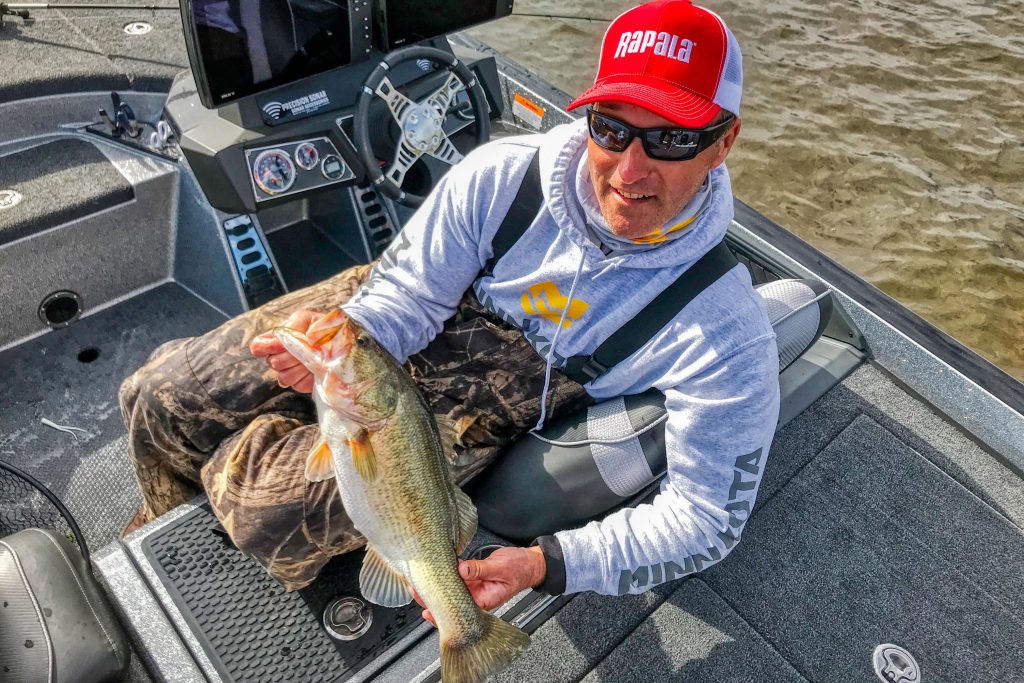 “I got a better understanding of what was happening each morning and afternoon of the tournament,” Bolton said. “There was definitely a timing deal as to where I needed to be first thing and then later in the day. I also figured out fish were moving up and down in the water column throughout the day. Sometimes I wanted to be deep, and other times, I wanted to be in the same place but higher up in the water column.

“When I figured that out, I was able to mix in the DT 10 and DT 14 where I had just been throwing the DT 16 the first day. I found a few key fish slow rolling a spinnerbait in other places because I was really understanding what was going on in my 3 key places. I was able to run to some of the other places where I had bites but didn’t really have schools and capitalize the last two days with several big culls that really allowed me to win the tournament.

“I would run off and let my best stuff rest and pick up a key fish here and there on places that didn’t have the big schools. They were, however, places I could duplicate what I learned in my other key areas. It really opened the lake up for me.”

Again knowing you have lures that are consistent producers when you are around fish and then building off what you found through map study and how the fish were positioning in other key areas, allows you to expand and find more. The lake starts to open up the possibilities to you, and it’s almost like you are piecing together a bigger puzzle.