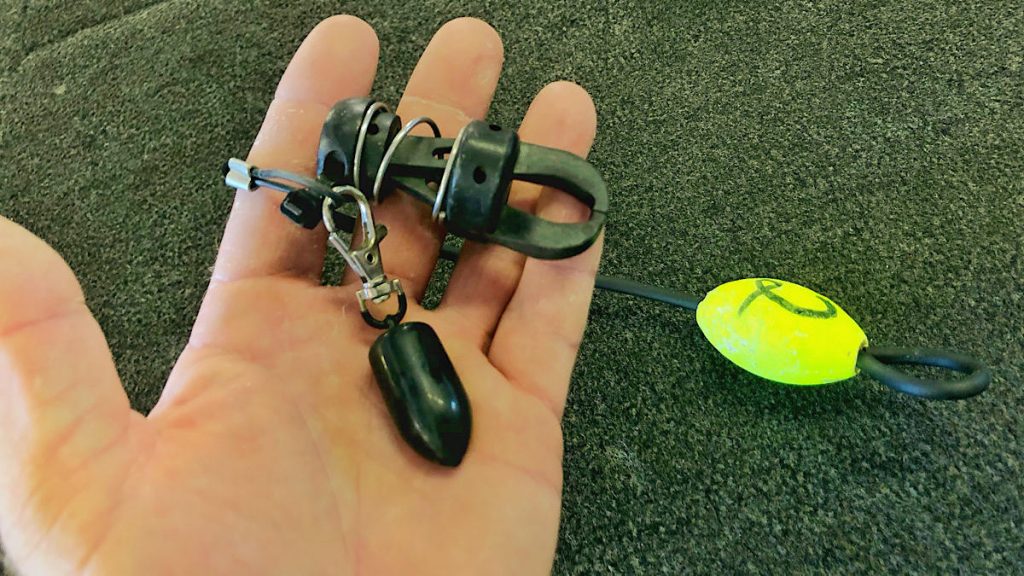 Using belly weights is a great alternative to fizzing a fish and a useful tool to have in the boat for fish that don’t even need fizzing. Sometimes, fish just have a hard time righting themselves in the livewell after a fight in particularly hot water. Clipping heavy weights on the fins along the belly of a bass helps them sit upright in the livewell, which is the natural and most opportune resting position for a bass to be able to orient and breathe well. If a fish is constantly trying to right itself, it quickly wears out and can die. Sometimes even upon the immediate release of a fish, you’ll see it do this along the surface. In this case, it can be very helpful to recapture the bass and put it in the livewell with belly weights for a bit until it can recuperate. That is, as long as the livewell is setup correctly, but we’ll talk more about that in a few minutes.

You can find these belly weights online or you can actually make them yourself. I’ve taken heavy catfish weights, small alligator clips and a little JB Weld before and made a handful of them fairly cheaply. The only drawback with those is they eventually rust being in and out of the water so much and the clamp of spring weakens to where they fall off a lot. My favorite version of these are the T-H Marine G-Force Culling System Weights that actually clip onto your cull balls instead of the belly of the fish. But I’ll still often use these in tandem with the belly weights so the front and back of the fish stay pinned to the bottom of the livewell.