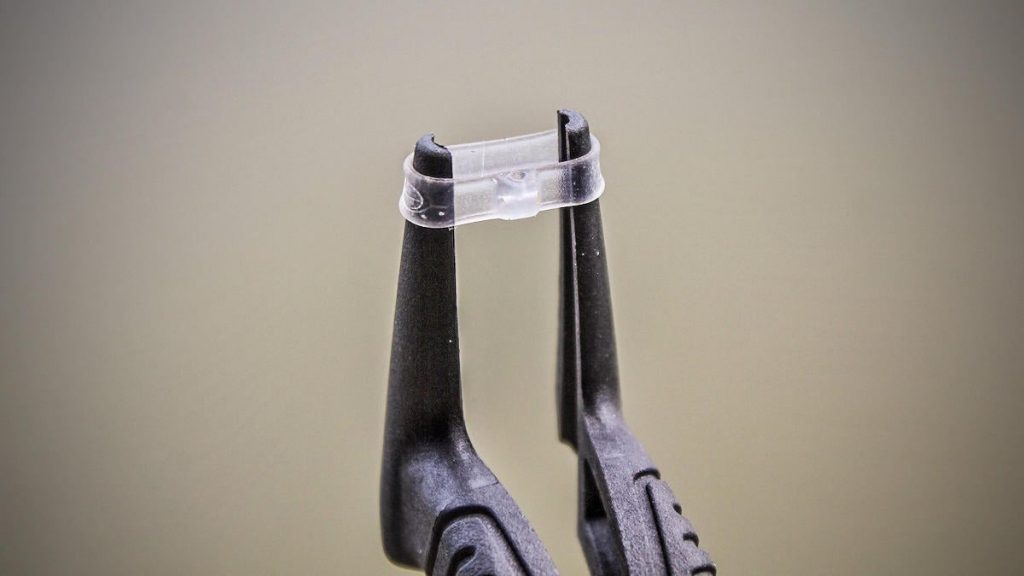 To state the problem again, it’s hard to keep a worm on the hook when using a wacky or Neko rig. Some methods like the O-ring will at least keep the bait on during the cast, where just skin-hooking a worm can’t even do that sometimes. But even with the O-rings, your bait rarely makes it back to the boat once you get a bass on. And quite often, the bait will even be snatched free on the bite or missed hookset.

While developing the VMC Crossover Pliers, VMC took a new approach to this problem and created little bands to go around the worms called VMC Crossover Rings. These bands are wider and flatter compared to the traditional O-rings used for wacky and Neko rigs. The greater surface area of the Crossover Ring gives it a better grip on the worm, where the round and thinner O-rings tend to roll down a worm or even slice it in half.