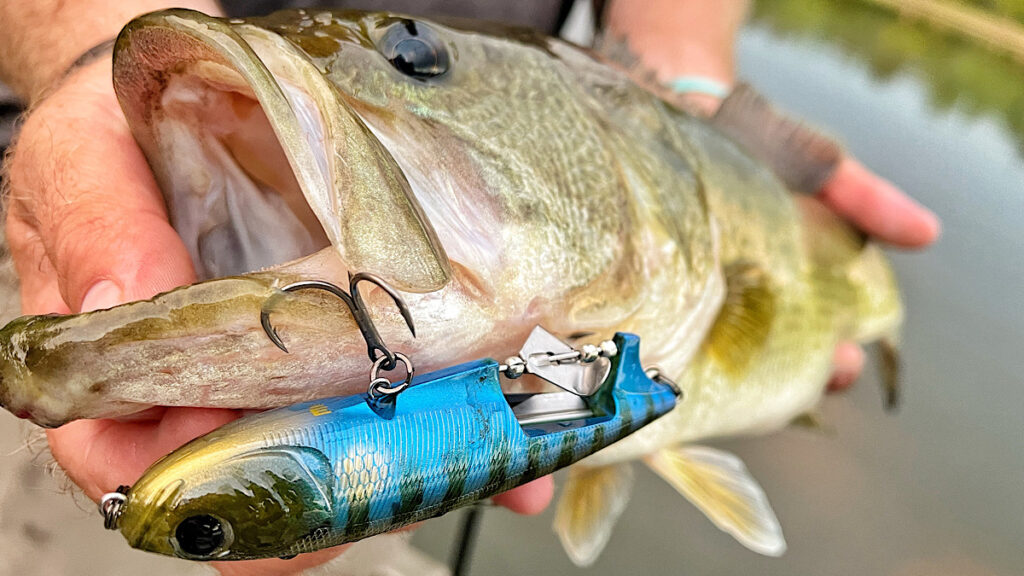 Now at first glance, I was a little taken aback by the Spin Walker. It looked like something that was created just to be different, which happens sometimes. But I tied it on and gave it a shot. I didn’t really have any prior knowledge of the bait or how it worked. I thought perhaps it was meant to be fished on a steady retrieve like a Whopper Plopper or Choppo, but quickly found out that wasn’t really the deal.

Then I started walking the bait (which should have been the obvious starting point given its name is Spin Walker) and found it walked really well, similar to how a Spook or Sammy would. Walking the bait back and forth, I could hear a crisp little buzz and clack as the bait made its way closer to the boat. That added sound came from the small prop and metal plate built up into the belly of the bait.