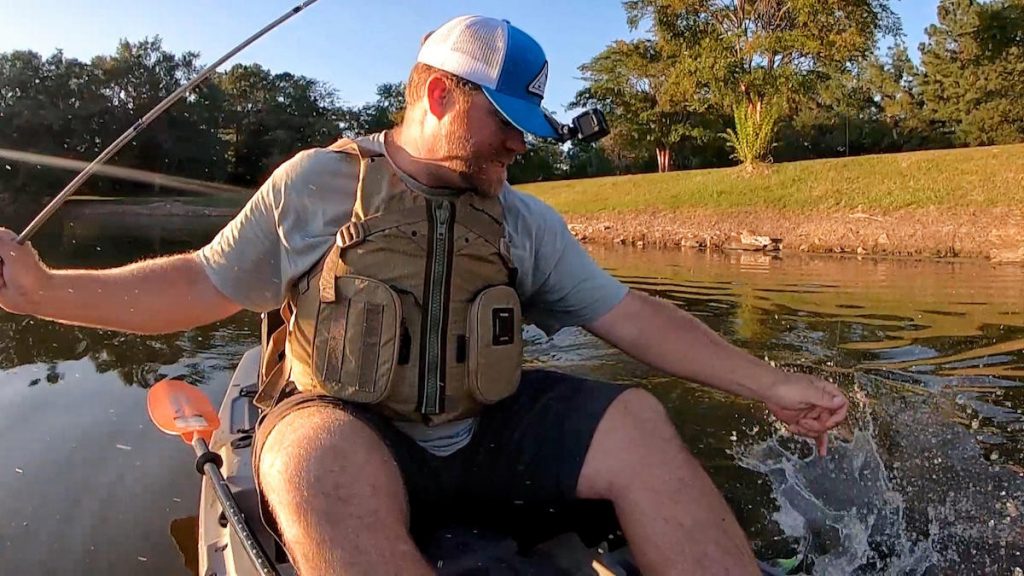 I’m a pretty big guy. Especially if you ask the CDC, who categorizes everyone who has ever had a Twinkie as obese (and I’ve had a lot of Twinkies). I’d also describe myself as sturdy more than steady. I’m not nimble. In high school I weighed 185 and they put me at left tackle. I had the hands of a spoon and the footwork of a boxer who was down for the count.

So stability in a kayak was a big concern of mine. I doubted I’d be able to sit in one without flipping and I knew I’d never be able to stand.

Now I must say, this is absolutely a fact for some kayaks. Some of the lower-end kayaks just won’t allow you to stand. I found that out after making my first $300 kayak purchase from a big-box store. But then again, you can only expect so much from a $300 kayak.

However, after borrowing a top-of-the-line kayak from a buddy, I can tell you with absolute certainty that there are kayaks out there that can support an ogre like myself. Yes, I have actually been called ‘Shaye the Shrek’. But that’s beside the point.