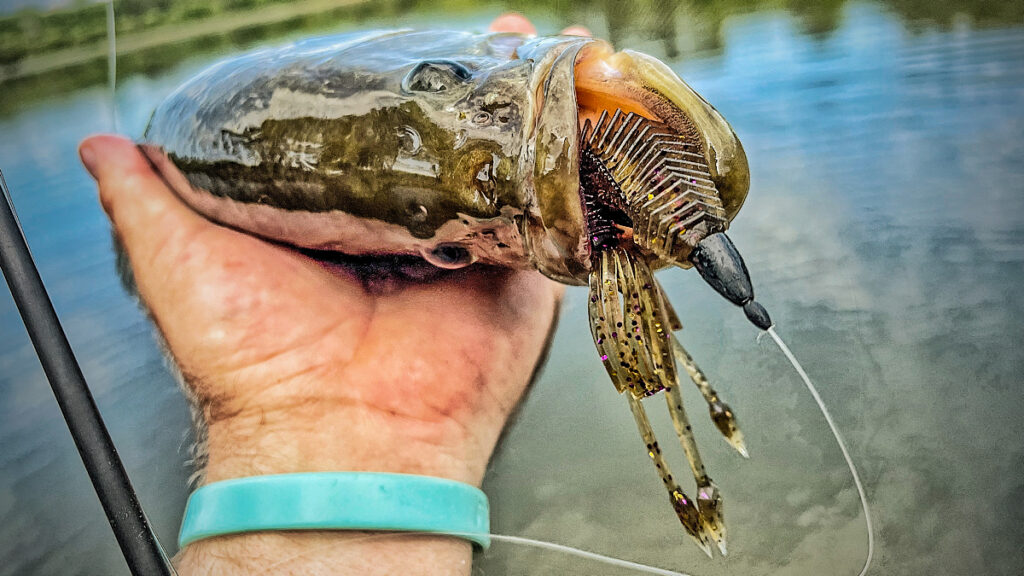 We’ve already mentioned the tentacles coming out of the tail end of the bait but as you work your way up the lure you’ll start to see some of its other characteristics. With the exception of the tentacles, the Typhon kind of looks like a mix between a creature bait and tube. The body is solid and ribbed, like many creature baits, but there is a little bit of skirting at the base of the tentacles, similar to what you’d find on a tube.

Again, if you’re just looking for something that looks like something else, that’s not what you’re going to get with this one. There are some baits in certain categories like finesse worms, lizards and soft-plastic jerkbaits that I often can’t tell a dime’s worth of difference in from one to the other. But Lunkerhunt truly created a lane of their own with the Typhon and after seeing it in the water and getting a few bites on it, I kind of like it and again commend them on blazing a new trail.