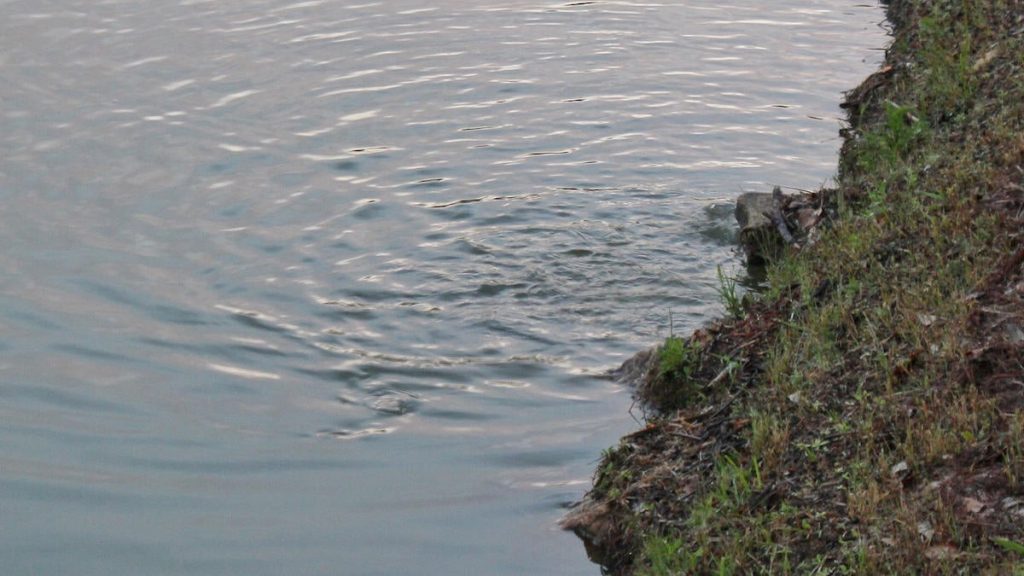 So, the natural instinct when you watch dozen of bass blowup in an area and know you’ve only caught a fraction of what’s there, is to settle in and pick that area apart, figure out a way to make the most of the area and put a few more fish in the boat. From my experience, this proved absolutely futile.

I camped in that area for the next three hours that day. I had a pretty good bag and figured it would be a good time to try to figure out how to catch them in there when they weren’t actively busting on the shad. What I found, is that as active as those fish were for the first few minutes of the day, they were that inactive for the rest. For three hours, I tried everything from punching the hyacinth to dead-sticking a Fluke and all my efforts only landed one more 14-incher. I could not believe how hot and cold that group of fish was but I had no choice but to believe it.

So staying in the same area wasn’t the answer, regardless of how many fish I knew were there just below the surface. It was time to do something else. I had another bite going about a 25-minute run away from where I was, but with the bag I had I didn’t want to risk running that far when it would have been hard to cull up anyway. I still fished my butt off in that general area the rest of the day, and through the process of elimination I learned what not to do after the morning bite dies: stay in a section of the fishery where the shad spawn is prevalent.

Day 2, I ran straight to that same shad spawn and it was almost over before I could even get there. I think I caught three fish for about 5 pounds and was completely devastated. Now it was time to see what that other bite down the lake had in store. I made the 25-minute run with my head reeling in a full panic, knowing how tough the bite had been the day before after the shad spawn had died and how tough it had been all through practice up in the day. All except for this one area where I was headed. When I got there, I added the majority of my weight for the day and limped my way to a 15-pound bag.

The key to that day, and what I would highly recommend to anyone trying to survive a day of fishing after the shad spawn dies down, is to run completely away from it and look for fish not relating to a shad spawn at all. For me that day, it was a series of vast, shallow points with scattered hydrilla where post spawn bass were relating to needle fish.

This was the first time I had found bass relating to needle fish and the first time I had even seen needle fish for that matter. But in practice, I saw these long, skinny fish skipping along the surface and fired a big topwater in their direction a few times throughout the day, inevitably catching a few fish including a post-spawn 5-pounder with a 7-pound head. So that clued me in on what to do.

It’s likely there were also bluegill in the area, and maybe even a few shad. But the shad spawn definitely wasn’t the key thing happening there, so the fish weren’t focused on it at all. They weren’t able to gorge themselves in the morning. They were still the same old opportunistic bass you usually have to resort to fishing for everyday. Which is just what I needed to survive the day. To wrap up the rest of the long story, I stayed in the top 10 that day and ran back to the shad spawn on day three where I caught another quick 15 pounds and wound the event up in 4th place. Now for other things to look for after the shad spawn dies down.