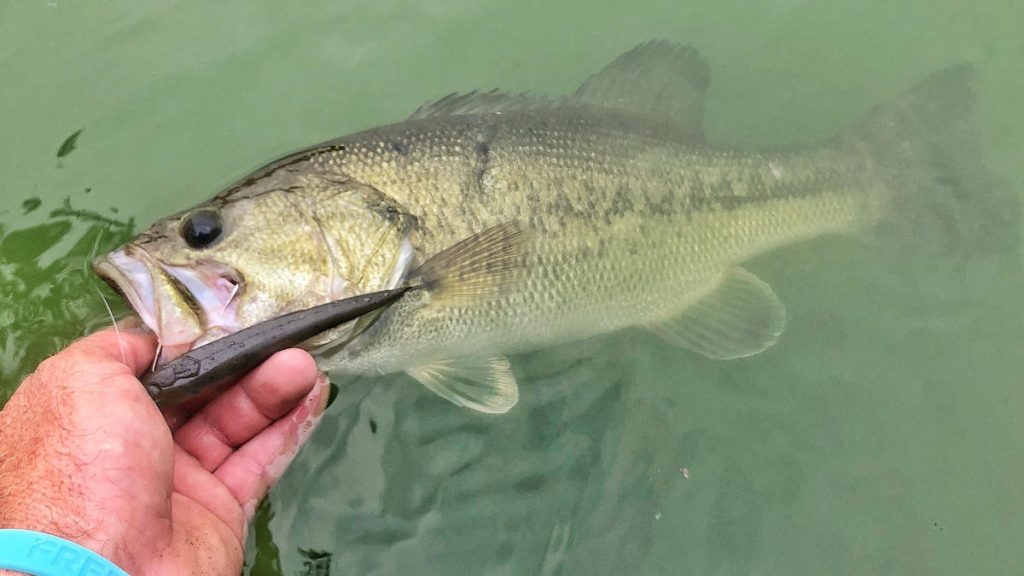 There are a lot of soft-plastic jerkbaits and stick baits that look like they were poured from the exact same mold. A lot of those were built to closely resemble the main trendsetters in those two demographics: a Zoom Super Fluke and Yamamoto Senko. It’s hard to argue with the success of those two baits, so adding a similar offering to a brand’s product line makes fiscal sense.

But I commend Nishine on doing something a little different and really unique with the Namazu Stick bait. I’ve often pondered if the intricate details on a lot of fast-moving baits are likely more effective at triggering me to buy them rather than a bass to bite them. With something moving as slow as a stick bait, however, I truly believe the smaller details like the little whiskers and gills may be enough to talk a wary bass into making that final commitment. This attention to detail is especially evident in a sight fishing or super clear-water scenario.

Also, if you sifted a net through the silt in the bottom of a creek, I doubt you could find a bait that better resembles some of the forage you’d find than the Namazu Stick Bait… which brings me to my next point.