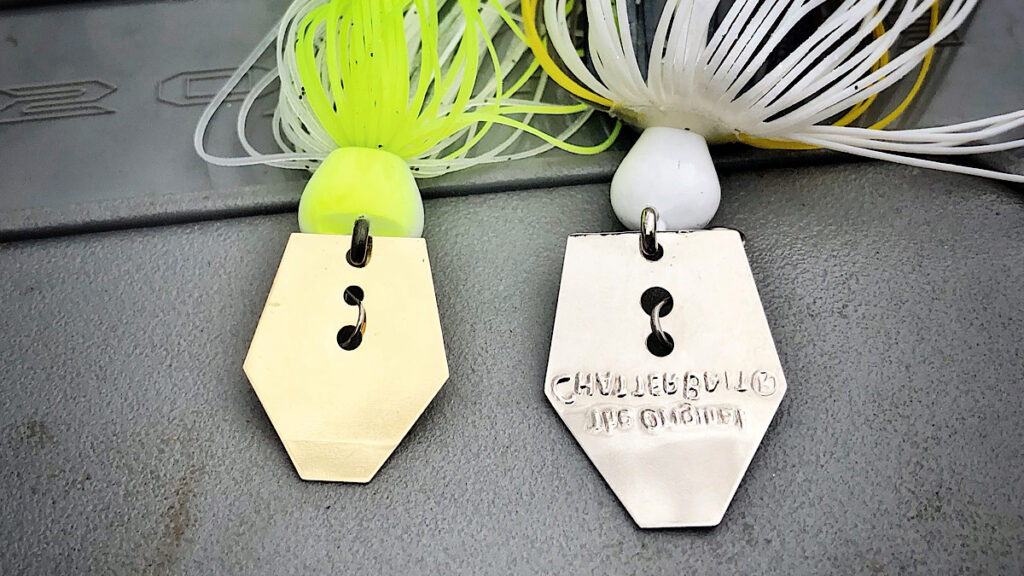 At first glance, I really didn’t think the blade on the MiniMax was all that much smaller than a regular ChatterBait. But once I put them sided by side, I could clearly see the difference. What I find very interesting about the MiniMax is that it has given me something I never knew I wanted so badly and that is largely due to the smaller blade.

I love throwing a ChatterBait but once the water temps get particularly cold in the winter, I rarely pick one up. It’s then that I like a bait with a slower, duller vibration like a big willow leaf or double Colorado spinnerbait.

But I’ll also use a squarebill a lot in the coldest parts of winter, which still has a pretty sharp vibration but it’s not as aggressive as a ChatterBait. Well, of all the baits out there I would say that the new MiniMax is a close cousin to a squarebill, both in size and sound signature. There’s still a definite ChatterBait vibration to it, but it’s inching closer to a squarebill at the same time. So much so, that while testing it I had my dad throw a squarebill on his rod while I was throwing the MiniMax on an identical rod and you could watch the rod tip bounce along at about the same rhythm. So the MiniMax has opened a lot of the winter back up to the ChatterBait, in my personal fishing at least.