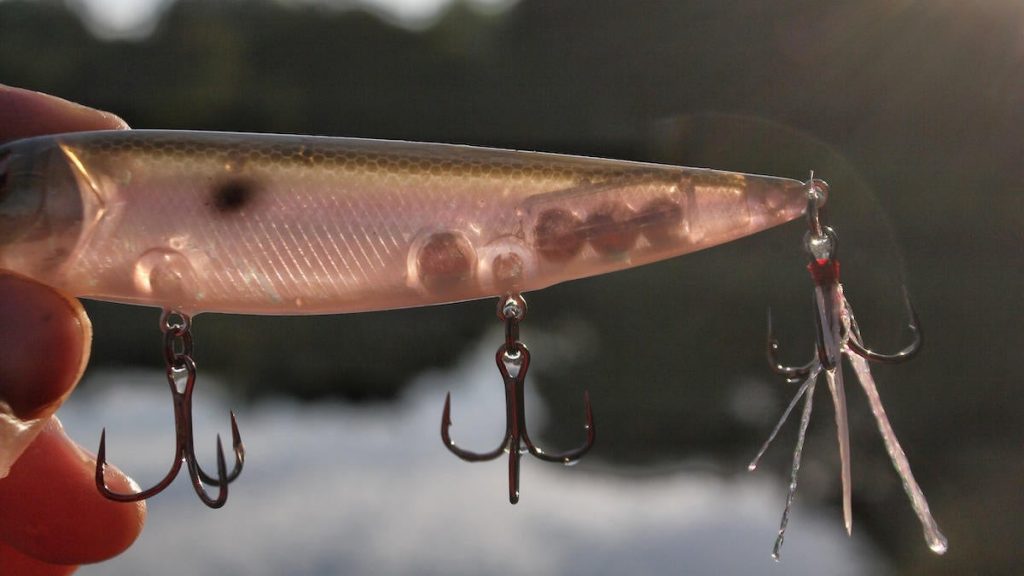 The Team Ark TS-115 is an in-between bait but definitely towards the quieter end of the spectrum. The bait has fairly large beads in the tail section that help it cast far and sit well in the water, but the chambers don’t have a lot of spare room by design. This restriction ensures there won’t be a lot of noise echoing out, making the TS-115 a great bait for finicky days when there’s little ripple on the water or even when it’s dead slick calm. That’s when this bait shines versus a louder, more aggressive topwater.