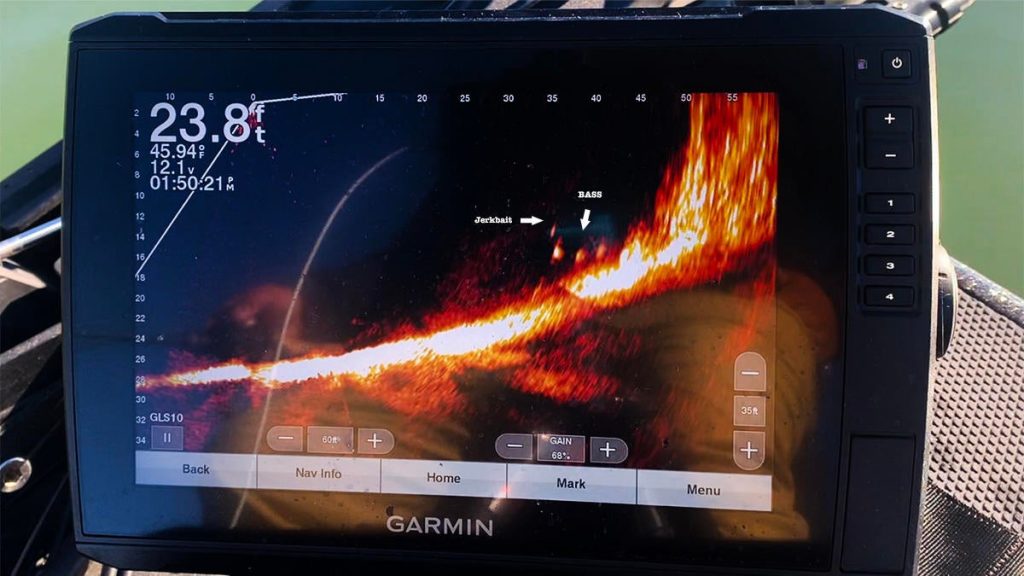 One thing that has floored me about some big fish catches this year has been how they appear out of nowhere and wallop your lure.

Crappie fishing this spring in the post spawn, I was fishing some cover in the mid-depth range. Small pieces of cover spread out over a flat in about 10 feet of water. The cover was not big enough to hold big schools of crappie but what each piece did hold was a big crappie or two.

You wouldn’t always see them. In fact you often would see a small fish or two around the cover, but when you dropped your jig down to it, a whale would appear out of the cover on LiveScope and thump your jig. I think the big ones are concealing themselves a lot more when they do sit still. I think they will use bait as cover. I think they will use low-to-the-bottom pieces as cover more than a big bushy piece. They can hunker down on the bottom and use the bottom contour as cover as well. On your electronics it can be hard to make these fish out until your lure gets them to raise up.

Same thing in bass fishing. They will get so close to the bottom, that you will be able to wipe the mud off of them.

I saw a 10-pounder caught two weeks ago on LiveScope that looked like a small rock on the bottom just barely moving. An A-Rig went over its head and it showed itself and thumped it. It turned out to be a giant 10.82 largemouth. And when we got it up in the boat for pictures, I was able to wipe mud off its belly.

The other afternoon I was fishing on Kentucky Lake. I wasn’t marking any bait or fish but it was a place where I have caught them hundreds of times in the winter. I worked my jerkbait down over a big boulder. As I did, three arches chased my bait out on my Livescope Screen, and I bagged a nice smallmouth I couldn’t see on my screen at all when I made my cast.