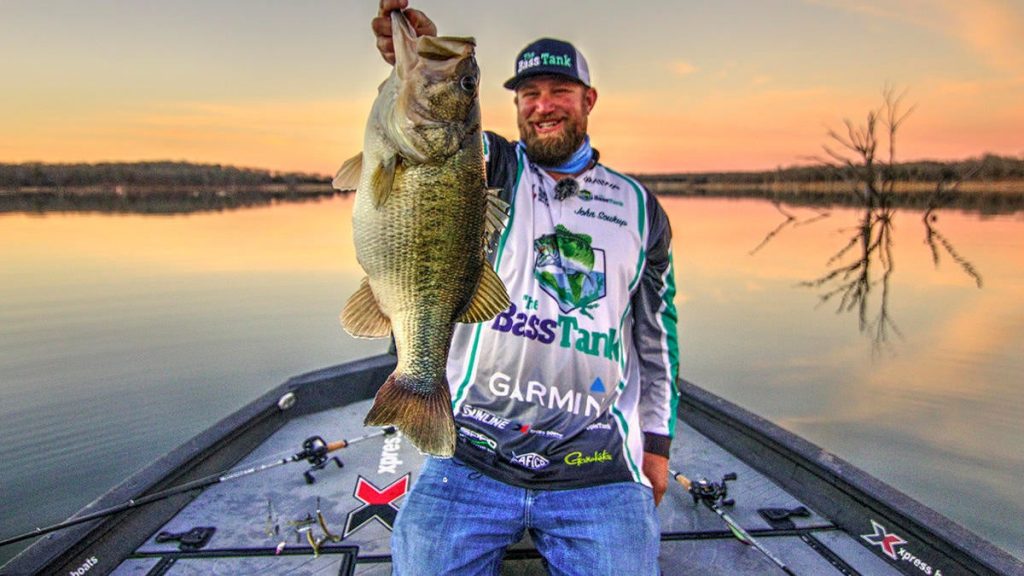 I can’t tell you how mind boggling it has been to see that fish are always moving. Yeah they might be holding on that brush pile, but it’s pretty rare that they are just sitting still. They will sink down and go to the bottom, then come up and suspend in the top. Then they will be off to the left side of it.

I’ll catch a crappie, unhook it, drop it in the livewell and then get back up to cast and the school has moved over a few feet. I think they meander around with bait a lot more than we give them credit.

While in Oklahoma filming on a cold winter day this month, I watched large bass swim around above, in and under schools of bait. Sometimes just rubbing along the bottom under them. Sometimes suspending right above or below. But the bait was always moving and so were the bass even though the water was a cold 45 degrees. You’d make a cast, and by the time the lure landed, you weren’t lined up with the bass anymore because he moved two feet to the left while your lure was in the air.

I think the precision is the greatest attribute of LiveScope. I can put the fish and my lure in direct contact with one another. Without it, you’re hoping that the two are randomly going to collide at some point. It’s fine when you have a group of 20 or more fish found on a small isolated spot. When you’ve got a handful of fish roaming on a massive reservoir, however, the chances your lure and that fish are going to intersect on a cast are greatly diminished.