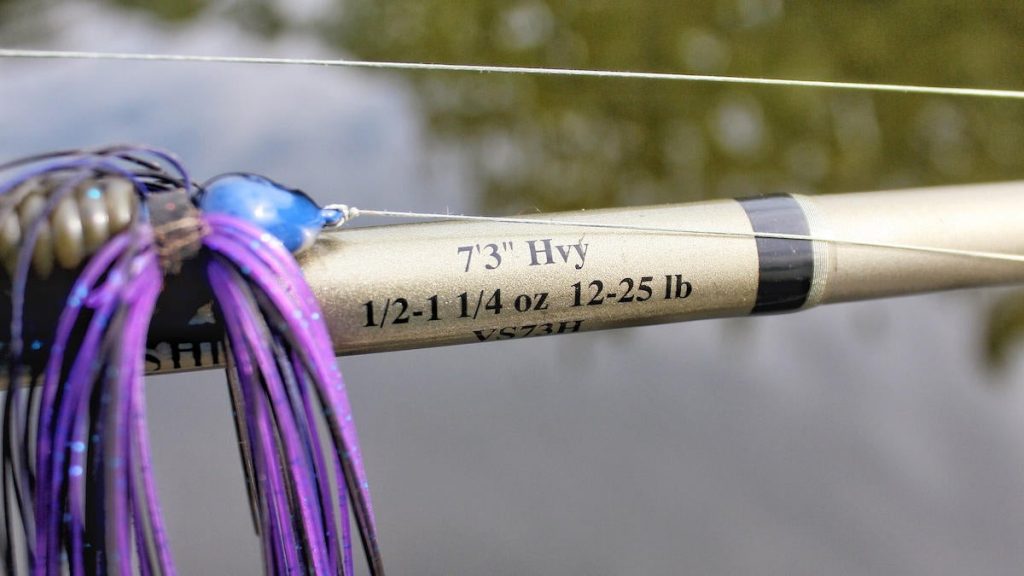 Although I tend to use the 7-foot medium-heavy action most frequently, there are plenty of days when I’ll use a 7-foot, 3-inch heavy for the large majority of the trip. In situations where I’m frogging for instance, this is the rod I’ll stick with. I’ll admit, you can throw a frog on a bunch of different rods. But I’m almost always fishing a frog around dense cover and when I’m not, I’m still targeting big fish. So the hollow body frog knows only one rod in my world-the 7-foot, 3-inch heavy-action Fitzgerald Vursa Series casting rod.

This rod is also great for swimming a jig in sparse to thick vegetation and it makes a good pitching and flipping rod for baits up to 3/4-ounce. Similar to the 7-foot medium heavy, I like to have two reels spooled up for this rod if I’m only allowed three rods. Instead of the Lew’s LFS, which is a great reel for lighter baits and less strenuous applications, I’ll go with the Lew’s Super Duty Speed Spool LFS to beef things up a bit.

It seems like Lew’s comes out with a new model number for these two reels every year, but these two and their predecessors have made up most of my arsenal for several years now. For the beefier Super Duty on the 7-foot, 3-inch heavy, I’ll usually go with the 8.3:1 gear ratio since I’m wanting to cover water with most of the baits I fish with that combo.