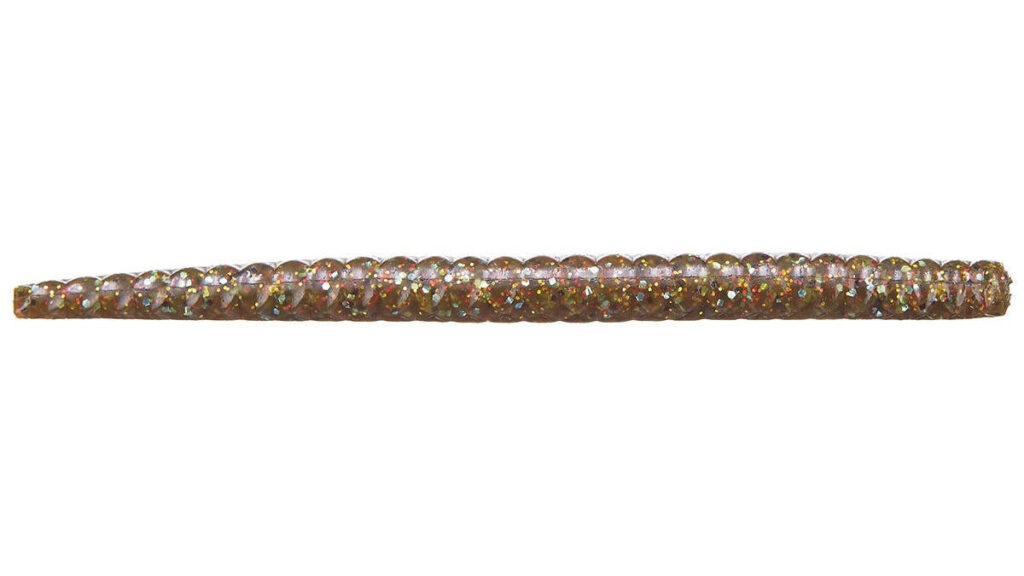 During the late summer of 2019, we were introduced to 6th Sense Fishing Products’ Ned Fry.

Since then, the folks at 6th Sense have sent us several other soft plastic baits that some Midwest finesse anglers have been curious about.

Here is what we have discovered about it.

It is a state-of-the-art stick-style bait that is 5 11/16 inches long. It was not designed for Midwest finesse applications. But in the hands of Midwest finesse anglers, who have been inveterate customizers of soft-plastic baits since the 1950s and 1960s, this attractive and unique stick-style bait will be shortened. Most of them will create two Clouts by cutting it in half and making each one to be about 2 13/16 inches long. And when they make two baits out of one, it will also appeal to the frugal nature that motivates many Midwest finesse anglers.

The Clout 5.4’s entire torso is embellished with an array of diamond-shaped ridges, which the folks at 6th Sense call three-dimensional ridges. Thus, the entire epidermis is festooned with these unique ridges. And unlike most stick-style baits, its torso is not round but somewhat diamond-shaped.

The tip or the head of the Clout 5.4’s anterior section is slightly more than one-quarter of an inch wide with a circumference of about 1 1/8 inches. The head has a slight indentation, which is where an angler will insert a hook.

According to the folks at 6th Sense, the diamond-shaped and three-dimensional ridges allows the Clout to exhibit a unique shimmy. What’s more, these ridges are designed to replicate fish scales, and it said that these scale-like images provide a texture to the epidermis that will provoke a black bass to hold on to the Clout longer than it will hold onto other kinds of stick-style baits.

It is impregnated with salt, and it is not buoyant. Find them at these retailers: