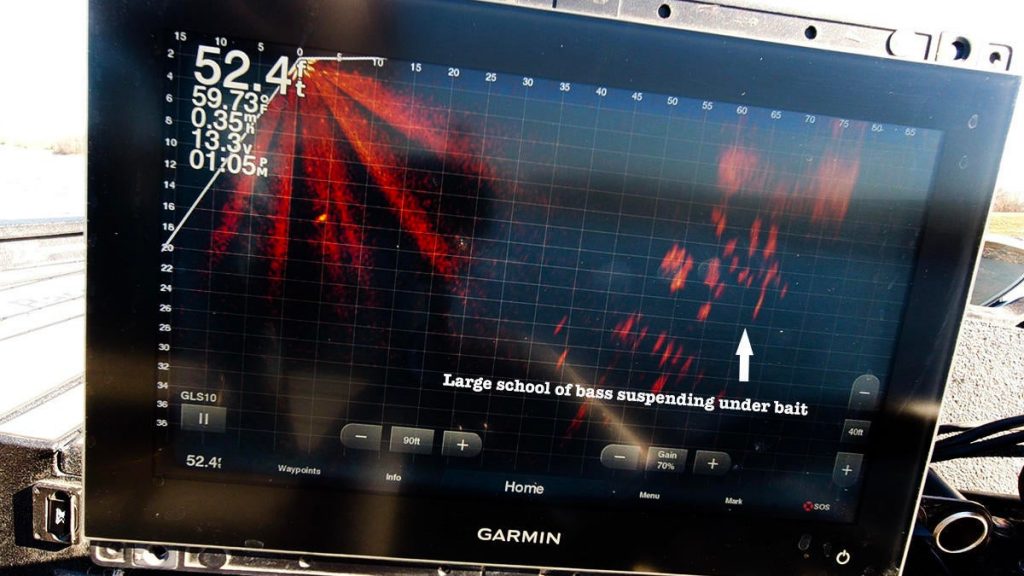 The easiest way to get a curious single bass or crappie to bite while watching on LiveScope is to do it in front of his buddy. While gamefish are curious and impulsive, they are uber competitive. You put two or more fish together and get a bait in front of them, suddenly one of them has to have it. I think at this point, it’s not even impulse that’s making them bite. It’s survival, making sure they get it first so their buddy doesn’t get the last one.

I think we saw this for years where we would mark a big school of fish offshore on side scan, and then we would throw at them a bunch of times before one would bite. After that, it was a bite every cast. The school wasn’t hungry or feeding. But they are always on the verge of being competitive. When the first one’s impulse hits, then it’s every fish for itself and the competition is on.

On LiveScope, I’ve had wolf packs follow a swimbait or even a jerkbait, and when one starts speeding up and sharking on it, they all do it. And you can call your shot just watching their behavior, knowing a hookup is imminent.