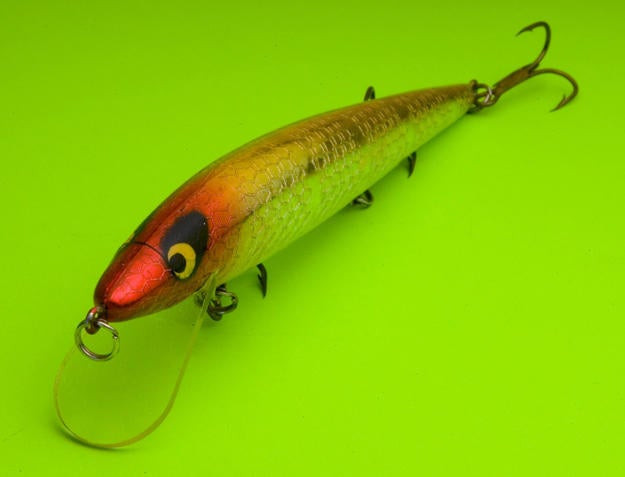 The Smithwick Rattlin’ Rogue is responsible for a number of big wins on both the original floating model and the later suspending models. This is one bait that actually put suspending jerkbaits on the map even though originally they didn’t suspend.

Guys found out that by adding weight you could make the bait sit in a bass’s face in cold water and tempt them to bite when they were overly lethargic. Guys originally were weighting these with lead coil, rubber core sinkers, lead tape and more along with Bomber Long A’s, and Rapala Original Floaters. But it was the Smithwick Rogue that kept coming up when talking about producing winning stringers.

The rattles were unique in their ability to call attention to the bait from long distances. The suspending models are still very popular as evidenced by tournament wins on the Smithwick Rogue.

They may not have been the very first jerkbaits that suspended, but they oddly enough created the craze of suspending jerkbaits because of necessity and savvy anglers being handy with lead. And they have certainly stood the test of time having won a Bassmaster Open in 2011 and who could forget VanDam’s Classic win on the RB1200 version. Thus we made this our No. 24 of 25 Most Influential Bass Fishing Lures.