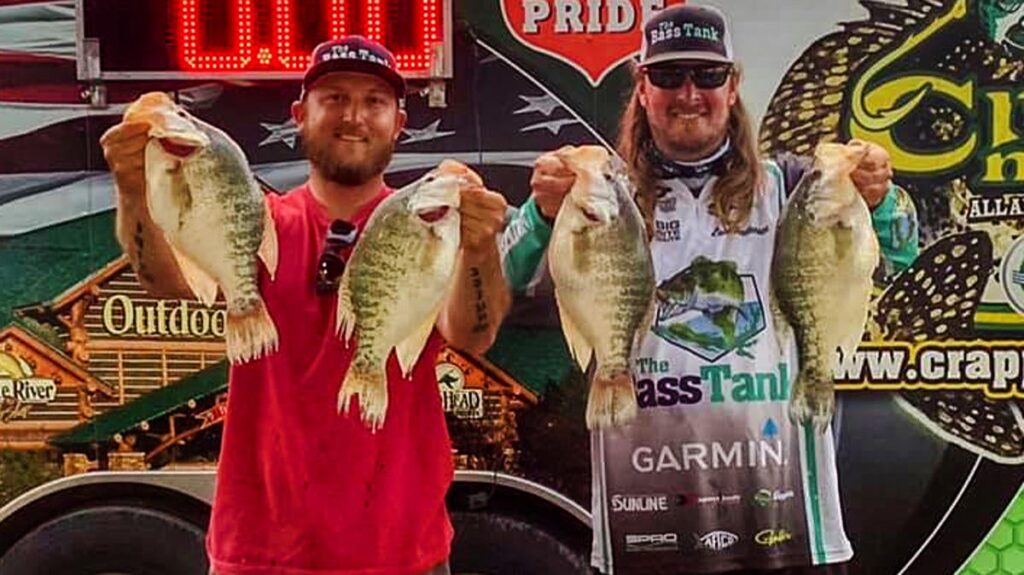 After the March 2021 Crappie Masters tournament, it’s hard to argue that Grenada is not the best bet to catch not only your biggest crappie, but also your biggest limit of crappie right now. That one event saw 46 teams catch a crappie over 3 pounds and several teams had 5-10 fish weighing more than 3 pounds.

The winning weight was 42.84 for 14 crappie with a 3.06-pound per fish average weight. Just incredible the pressure this fishery gets, and still yet, it continues to kick out giant crappie and break records year after year.

“I know it’s a generic answer, but Grenada is probably the best lake I’ve been on for both numbers of fish and size of fish,” said Robert Carlisle.

“It’s crazy that on this body of water, you can’t see your jig in an inch of water,” Matt Rogers said. “And yet Grenada offers a chance at the catch of a lifetime. The fish in Grenada exceed 3 pounds often, and it is full of numbers also. Every technique you want to use is a possibility depending on the time of the year on Grenada as it is on many other lakes.

“What sets apart Grenada is the possibility of a 3-pound fish. Plentiful shad populations allow the fish to get so large along with being a one of a kind lake. The fish roam a lot, high waters the last few years have kept the fish protected and away from angling pressure and allowed them to grow. It’s a top bucket list destination!

“The top trophy destination in the U.S for crappie,” said Jerry Hancock. “If your thinking about your first 3-pound crappie, Grenada should be top of your list.”