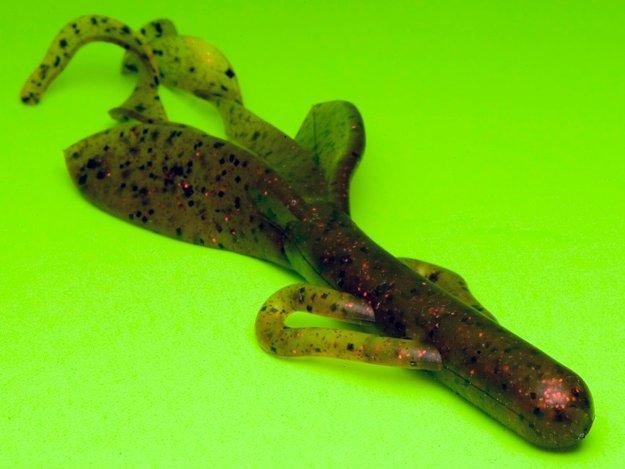 The Creature Feature. The Freak Nasty. The Turbulent Tussler. These probably sound like some cheesy wrestling names, but Zoom Brush Hog just never seemed to do this bait justice. We listed it as No. 20 on list of 20 Most Influential Bass Fishing Lures.

It’s an absolute staple from coast to coast in 2-inches of water to 50 feet of water. Fished on a Texas-rig, a Carolina-rig, a jighead or a jig trailer, this bait broke the mold on standard plastics. Before this bait, soft plastics had to resemble some sort of creature that existed in the water. What spawned after it was a category affectionately called “creature baits.”

Before it there were lizards, craws, worms, tubes and grubs. After it however there was an explosion of soft plastics that didn’t resemble anything. And that category expanded into bug type baits. But the creature creation of Ed Chambers sent soft plastic manufacturers in new directions realizing you could impart a lot more action and water displacement with baits that didn’t have to resemble a real creature.

Therein lies the beauty of the versatile Zoom Brush Hog. It doesn’t look like a single thing in or out of the water. It catches fish, however, like something that naturally swims or crawls. The bait is another one that influenced the direction of future designs and for that reason it made our Top 20 Most Influential Bass Fishing Lures list.
http://www.tacklewarehouse.com/Zoom_Brush_Hogs/descpage-ZBBH.html?from=w2fish