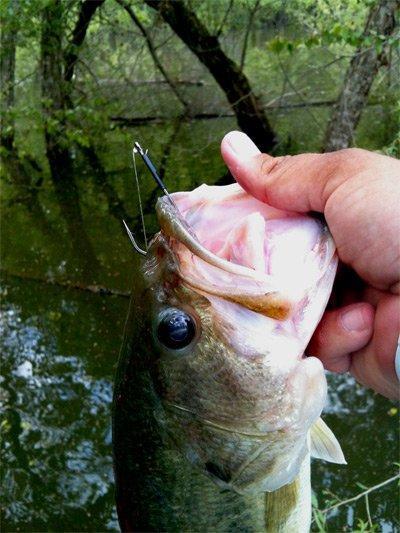 This past weekend I spent my time nosed up into heavy flooded cover on a still very high Kentucky Lake flipping bass out of any crevice and nook I could get my soft plastic through. I flipped a variety of baits including a new prototype bait from a new company. More details on that hopefully in a few weeks.

But the real winner this weekend for me was the flipping hooks I used. I can’t tell you how many fish were hooked in the absolute hardest part of their mouth. It’s uncanny how the right hook results in more hookups in the right situations. There are times when the hook you choose makes the real difference and for flipping soft plastics an extra-strong, wide-opening, straight-shank hook is the ticket we’ve found.

What’s really fortunate for folks is there are a lot of good flipping hooks on the market but the two we’re completely hooked on right now are the Trokar Flippin Hook and the Gamakatsu Heavy Cover Flippin’ Hook. The latter is the hook I primarily used this weekend, mostly because it’s new and I wanted to see how it performed now since the flipping bite often only lasts a few weeks on Kentucky Lake now that the grass has been diminished by years of flooding.

The key to a good flipping straight shank hook in my opinion is the keeper. You need something to hold the plastic up on the hook and straight as the bait bounces and slithers through the cover. It’s nice to be able to snell a hook when you want too, so the keeper can’t get in the way of tying a snell. This new hook from Gamakatsu has a very thin but durable keeper that is locked into place on the bank of the hook shank with a very thin slick plastic wrap. The thin wrap is nice because your bait slides easily over it and it keeps the hook profile small.

The power of the hook was really shown on one particular catch this weekend. I was using a heavy-action rod, high-speed baitcaster and 20-pound Seaguar Abraz-X fluorocarbon line to really wrench the bass out of heavy cover quickly on the bite. There were some branches vines and other cover collected at the base of a flooded tree. I pitched a Zoom Brush Hog with a 1/2-ounce Dean Rojas Eco Pro Tungsten weight into the heart of the debris.

As the bigger fish often were, this fish had caught the bait on the pitch. So when I engaged my reel and picked up, all I felt was that “snug” feeling. No movement or a discernable bite, but rather just tension. I set the hook hard and a fish boiled to the surface in the matted mess. I swung the nose of the boat into the cover and started plowing. The fish was hung in the cover and fighting to get loose. I could not budge it. I fought into the debris and grabbed the branch fish and all together in one hand.

Upon closer inspection, the bass was hooked through the side of its mouth and the hook kept on going and drove into the piece of wood too. I pulled as hard as I could on a three pound bass and a log and the hook never flexed. I just had the fish nailed to a plank of wood. That’s one way to keep the buttoned up.

I really got on the straight shank for flipping about three years ago. But that is the profile you want for flipping. Offset widegap hooks work fine too, but I feel like sometimes the larger gap and how the plastic lays in the gap, makes a Texas-rigged plastic more susceptible to forcing the hookpoint through. With a straight shank hook the straight angle seems to pull through cover easier and it’s less of a bite of metal around the plastic.

We all go through phases as fishermen. We find some new little angle, color, bait, or something else that we think has changed our fishing. But these hooks really meet the hype. Aaron Martens and John Crews are given the credit for designing the keeper. The hooks are also pretty inexpensive at $4.99 a four pack.

Add it all up and you’ve got a hook that will give you confidence. 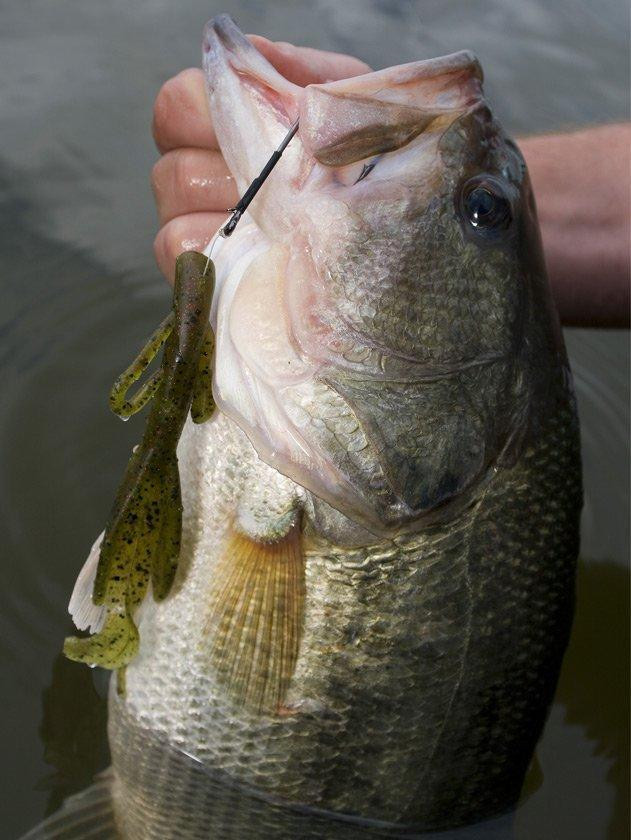