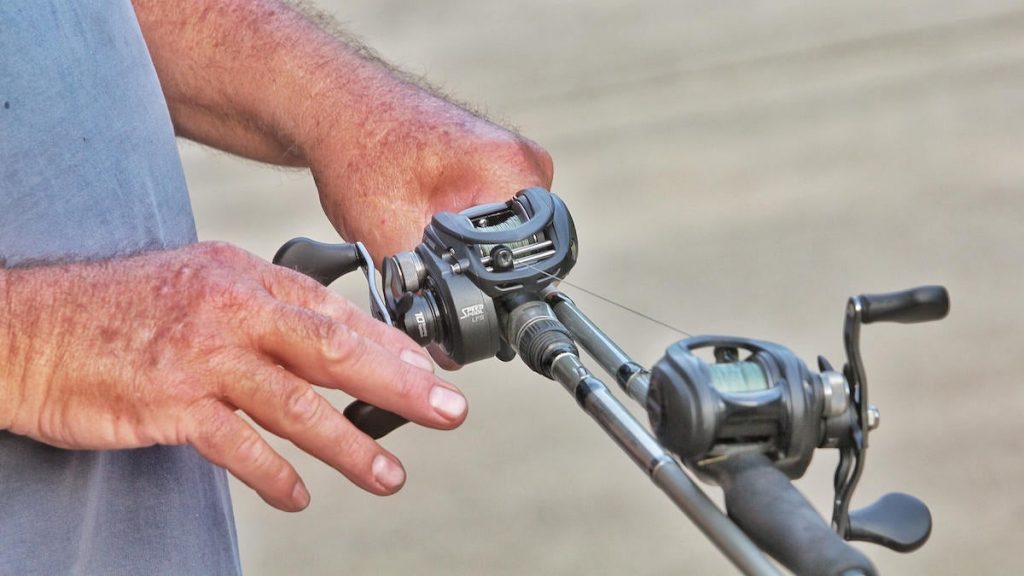 Re-spooling fishing reels is one of those things some people actually like to do… and I ain’t some people. For me, it’s a chore I neglect until my line has gotten pretty worn and raggedy and I’ve pushed it to the point of failure. In the past, I simply didn’t like to slow down long enough to re-spool. And now, I honestly just don’t want to take the little time that I do have to put towards fishing to sit down and re-spool a reel.

On top of all that, fishing line can be pretty expensive, especially when it comes to quality line, which I do believe is worth the investment. It’s also a big drain on the funds when you go to spool up a few reels and the spool runs out halfway through a reel which is an avoidable blunder.

So today we’re going to discuss three ways to solve some of these problems and alleviate at least a little of the financial strain fishing line can cause. 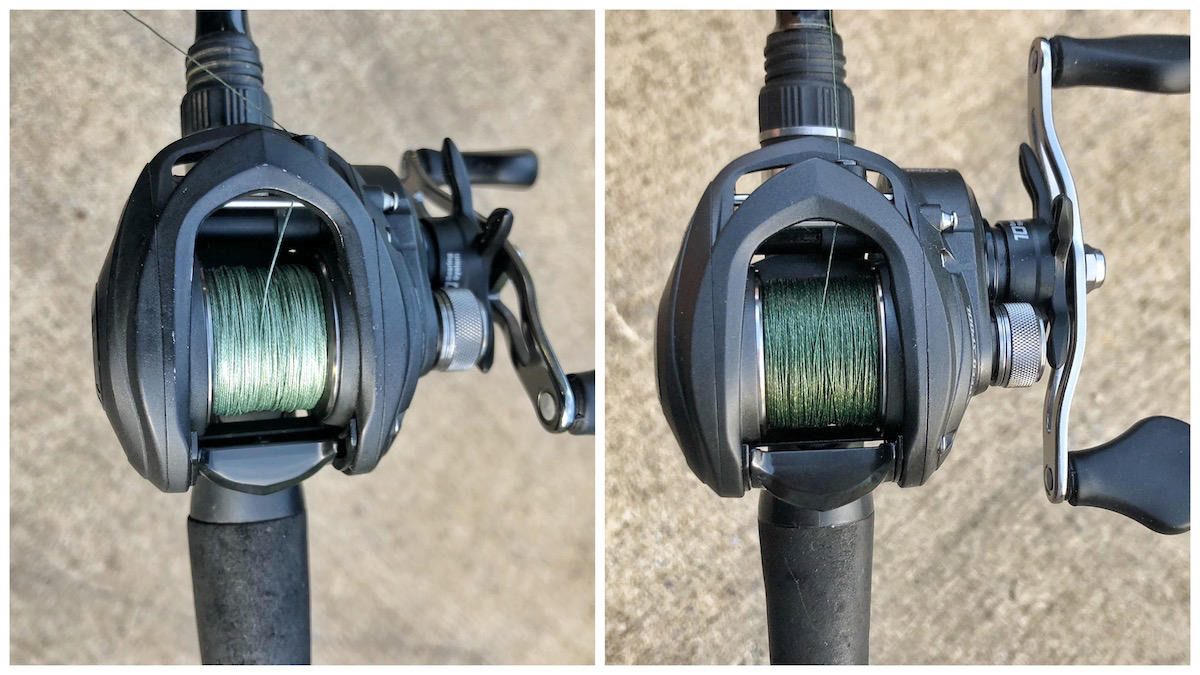 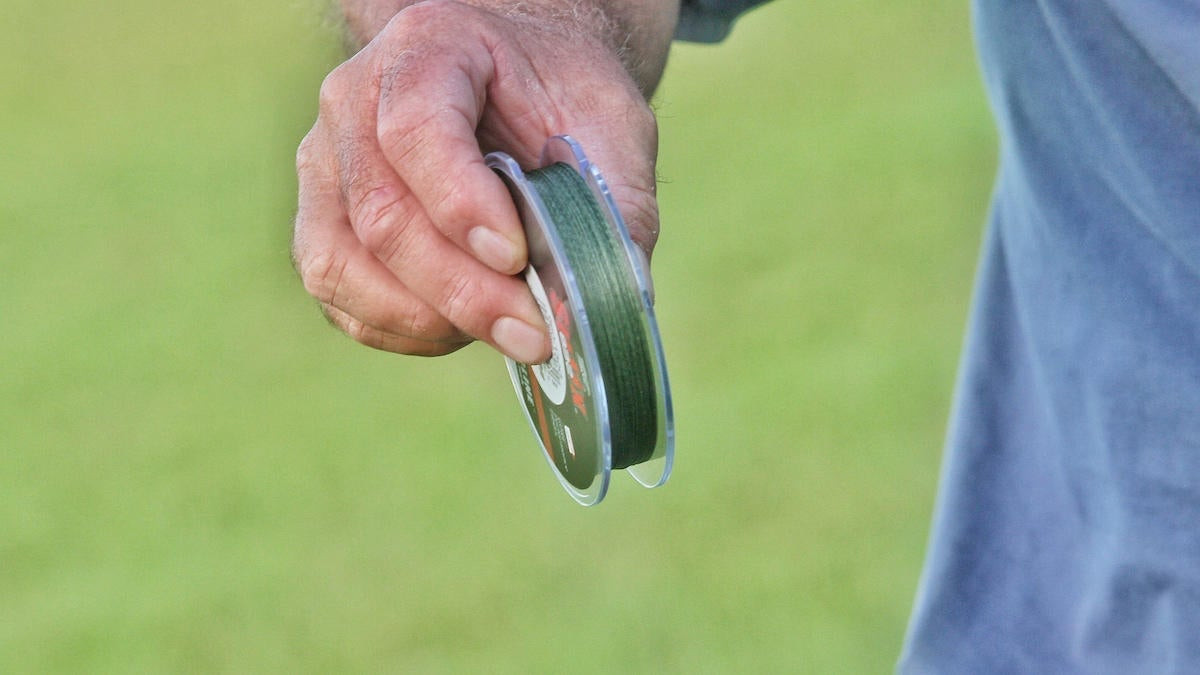 If a new spool of 12-pound test fluorocarbon has 150 yards of line on it and your reel has a capacity of 150 yards for 12-pound test, pretty simple math says you’re about to waste a lot of line if you put it all on that one reel. That is, unless, you’re capable of throwing a shaky head the length of a football field… and halfway back. You’re not. No one is.

So you’re never going to need 150 yards of 12-pound fluorocarbon on your reel. Instead, it’s best to divide that spool in half and re-spool two reels by starting with backing on each and then covering that backing with 75 yards of the new flourocarbon.

This is a really important thing to pay attention to if you’re operating on a budget. Even if you’ve got plenty of money, it’s just a good practice to implement so you’re not being super wasteful. And no matter the money, it helps avoid the headache of having to take even more time to re-spool when your new line runs out halfway through a reel. That’s one of the most annoying things in tackle prep, trying to spool up a reel and running out of line before the reel fills up.

To avoid this, you can split smaller spools exactly in half. To do this, it’s again great to have a clean and grassy area if possible. Then simply take the tag-end of the spool and start walking it out while the spool unwinds. Once you think you’re roughly halfway, wrap the line around something super clean and smooth and then start walking the end back. If you do this perfectly, you’ll have the tag end of the line in your hand at the same time the other tag end comes off the spool. Then go back to where you wrapped the line around the smooth object and cut it and you have two equal pieces of line to spool up. This keeps you from putting 100 yards of line on the first reel and only being left with 50 yards for the second.

Use a drill to peel 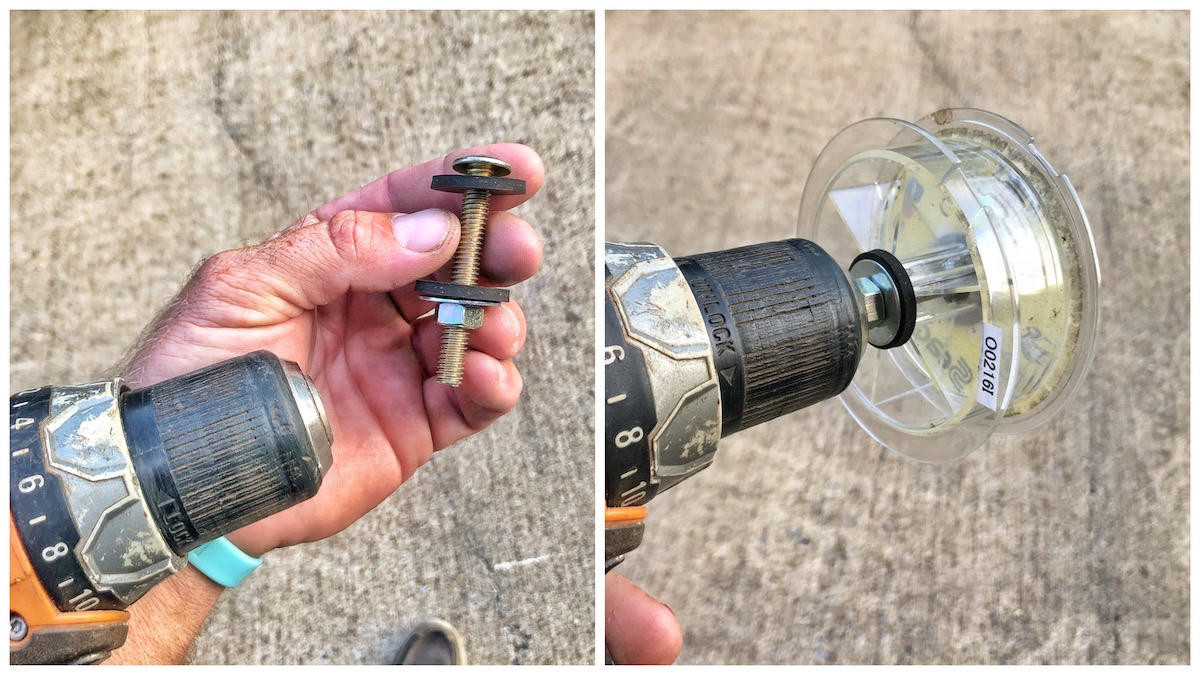