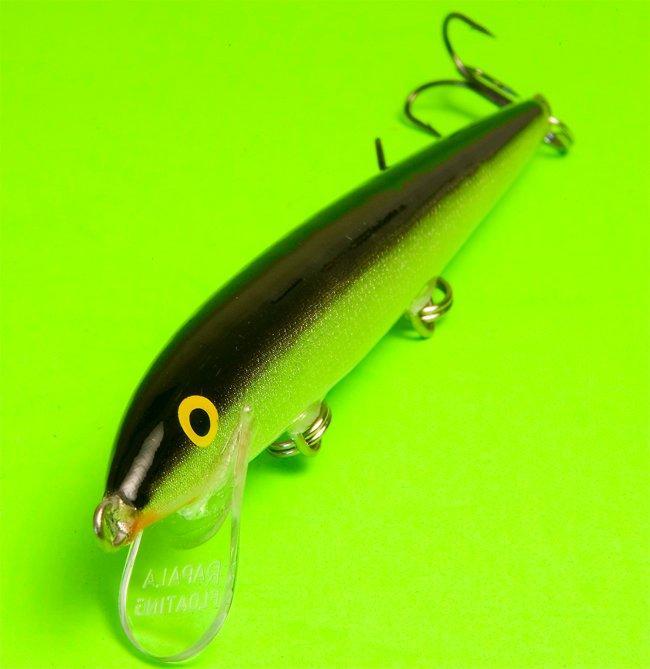 The Rapala Original Floater pretty much started the entire Rapala company and for a lot of folks is where their first alternative to live bait came into play. The popularity of the bait was so incredible when it first came out that many anglers guarded the baits in metal cases to keep them protected.

The first Rapala Original Floater was hand carved by Lauri Rapala in 1936. It was made of cork, wrapped in chocolate bar wrapers that were sealed to the bait by melting photo negatives over it. His original works were reported to catch him 600 pounds of fish on good days. That reputation grew and soon every angler was demanding Lauri’s carvings.

The fact that the bait has stood the test of time for some 75 years is an obvious reason to put it in the Top Five Most Influential Bass Fishing Lures. But it’s much more than that. The hand tuned precision and effectiveness of this lure really set the benchmark for all fishing lures after it. It was basically the bar that other manufacturers sought to reach in the early days of bait building.

Now the reputation that was built by this one lure sells 20 million products yearly for this company and tens of millions more should probably thank this one creation for making artificial lures more mainstream.

For these reasons and all the fish we learned to catch as kids growing up fishing with this bait, we made the Rapala Original Floater our No. 3 Most Influential Bass Fishing Lure of All Time!

The Rapala Original Floater is available at Tackle Warehouse.