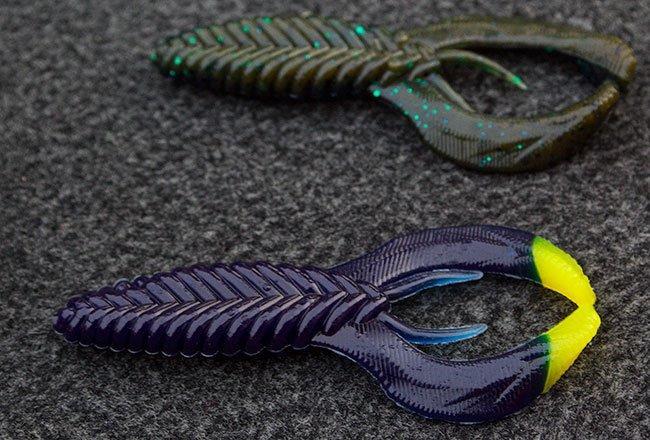 We’ve been enjoying some great jig fishing this year in several different states from Kentucky to Illinois to Minnesota. We go through jig trailers like popcorn at a movie theatre. So we’re constantly experimenting, trying new trailers, experimenting with colors ,rigging and other options. 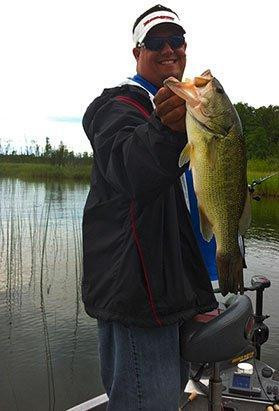 Recently I’ve been on a kick with a soft plastic that was introduced last year at ICAST from Yum called the Wooly Bullee. It’s a beaver-style bait but it has the unique craw appendages from Yum’s famous Money Craw. So it can be used as a nice pitching and flipping bait, but we know how effective that Money Craw pinchers can be say on the back of a swim jig or a football jig high hopped in deep water.

The Wooly Bullee is roughly 3 1/2 inches long and comes in 14 different colors. But I’m really fond of Bama Bug, Ultimate Craw, Green Pumpkin with the tips died in chartreuse and virgo blue. One of the characteristics I really like about these plastics is the versatility in rigging it on a jig.

Usually I will start with it threaded up the shank of the jig. Then as it gets worn out. I’ll take and hook it on the hook like a chunk. Then if the tip starts to give, I’ll bite it in half and just hook half of it on the back of a jig. So I can make one chunk last a long time and through several fish.

The bait is packed with their F2 scent as well as a concentration of salt. It gives the jig an added weight and some bulk to the profile, which I often like in several instances.

On a swim jig, it seemed to really help the jig stay up and glide through cover. We fished it on All-Terrain Swim Jigs, Booyah Swim jigs and Taylor Man’s Swim Jigs, all with good success while up in Minnesota fishing pencil reeds. You could swim the jig around sparse cover, or punch it into an opening in the vegetation like a flipping jig. The legs kick easily and often. That’s one thing we really liked about the trailers on swim jigs.

The colors work well to mimic bluegill. We’d like to see a white one added to the mix for shad type swim jigs or maybe a nice bed fishing bait.

On a flipping hook like the Mustad Grip Pin Max or the Trokar Flipping Hook, the baits held up surprisingly well and I got good penetration on the hookset. Many of the bites came on the initial pitches, which I believe is due in large part to the motion of the legs. 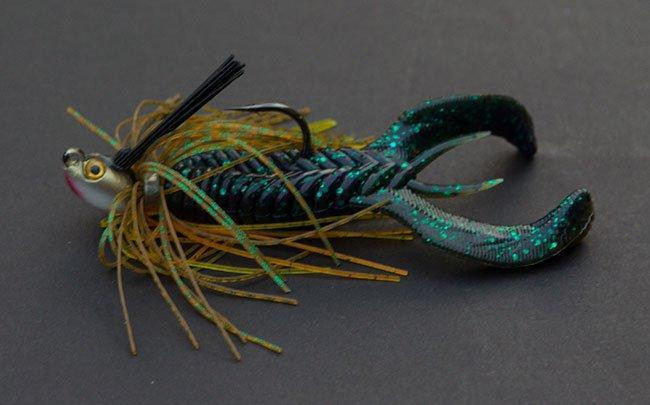 The legs are really what make this a necessary trailer in the arsenal. Whereas a lot of trailers get their action from a thin section of plastic between the body and the claw, an aspect that causes a lot of one-legged trailers after a couple of fish, these legs are thick from body to tip. The bulbous ends of the claws give them action but we haven’t had any trailers come back with one leg. We’ve lost some trailers clean off the hook on bites but not one legged hop-a-long trailers.

If you’re looking for variety in your jig trailers like we do, then you might want to add the Yum F2 Wooly Bullee as a good jig trailer and pitching bait. 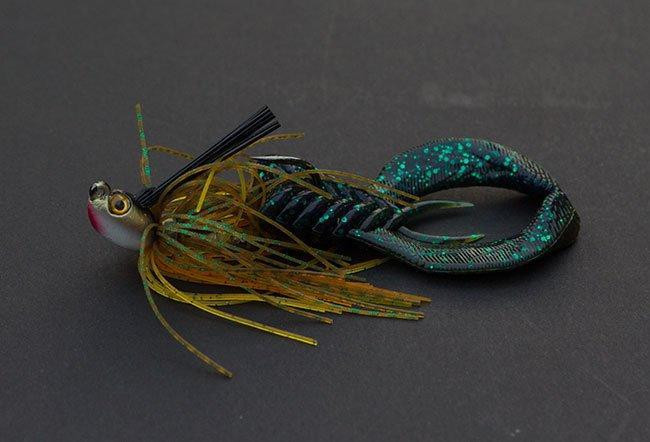