There is no denying a drop shot presentations effectiveness on pressured and clear water bass. So we’re always looking for new “crickets” to put on the end of a drop shot hook to tempt weary and leery bass when they’ve seen 200 of the same worm shaking in their face.

Recently I got to play with a variety of new drop shot baits, including three new baits from YUM called the Kill Shot, Warning Shot and the Sharp Shooter (which actually comes in two sizes).

While it’s hard to make any plastic shape revolutionary with a plethora of choices already on the market, it is not difficult to make shapes that don’t work really well for various applications. So having a tantalizing action, the right profile and good colors can make all the difference in a new bait. 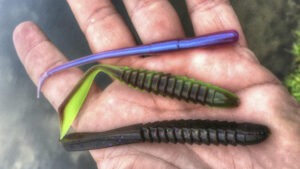 There are three new baits in the YUM Drop Shot line: 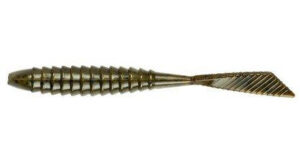 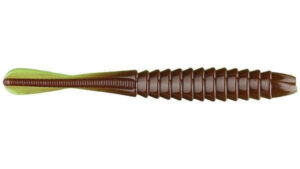 Each was designed with a specific action and look in mind. While the Kill Shot and Warning Shot look very similar, their tail actions are very different and the way they move on a stand up hook or on a small finesse head is subtly different.

The Sharp Shooter comes in 4 1/2 and 6-inch sizes in about 8 proven colors for drop shot and shaky head applications.

The tails are made to catch water but be very lifelike while just the subtlest shakes are imparted by the rod tip or just lapping wave action on the surface. They quiver and pulse in place making them very alive looking. Check out our underwater shots to see what we mean.

I like the two smaller size drop shot baits in the arsenal for fishing spotted bass and smallmouths. I’ve had some success this week on Table Rock Lake with them already. And I caught a few largemouth this spring off beds with them as well on Kentucky Lake. The longer Sharp Shooter has been a good on a drop shot rig and I’ve caught a few nice bass deep on it. 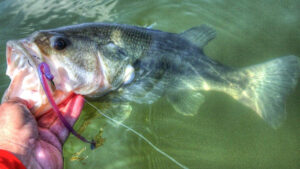 No plastic will ever be a replacement for every other plastic in a category like drop shot baits. But as fish see more and more of the same shapes, colors and profiles, it’s nice to have some different stuff in your box. It’s always crazy how one shape and color can be the hot ticket on a certain lake and not even seem productive on another.

I will definitely keep the Kill Shot and Warning Shot in my box when targeting those smaller mouthed bass like smallmouths and spotted bass. The Sharp Shooter will catch both as well but I like those two especially well for targeting certain species.

The tails move really well with little implemented action. I’ve played around with a small 1/8 and 1/16 ounce ball shaky head with all three and they look sexy on smaller shaky heads like that.

But the biggest attraction for me is how they look in the water on a subtle movement. 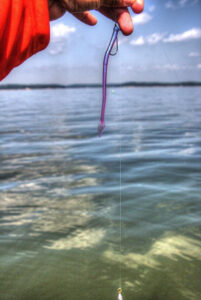 Obviously drop shot applications prevail with these baits. I have fished them deep down to 30 feet on Table Rock and caught fish. And I’ve fished them shallow on bedding fish in 3 feet of water and caught them. I feel like I could catch some fish on a small ball head around bass that are suspending but I’ve not had much opportunity to try that with these baits yet.

But I’ve caught some nice fish on them and am confident other anglers will too. At $2.99 a bag, they are a good buy.

They don’t seem to tear up as easily as some of the other drop shot worms and a bag has lasted me longer than a lot of other bags of plastics. So I’m pleased with the value on these baits.

You can find the new YUM Kill Shot, Warning Shot and Sharp Shooter plastic baits at tacklewarehouse.com and other retailers that carry YUM products. 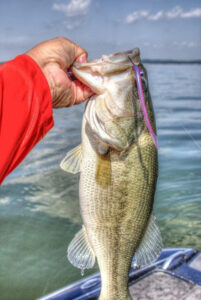