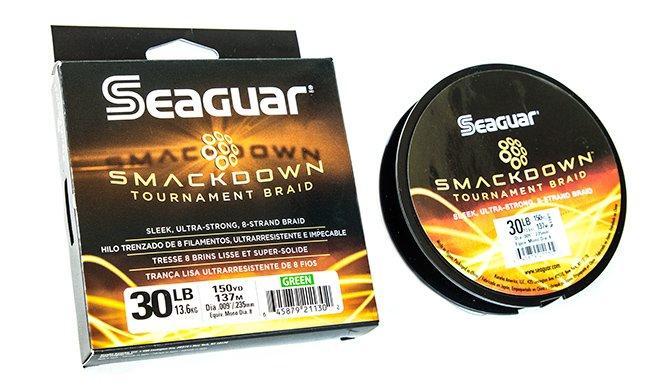 I’ve been using Seaguar Smackdown Braided Line since July and I’ve been thoroughly impressed by its performance. I’ve used it for big, walking topwaters and close combat situations in thick cover with outstanding results.

Above all, I really like three specific things about this line.

It doesn’t dig into the spool

We all have pet peeves. Some people don’t like hearing people chew their food and others can’t stand the thought of someone interrupting them in mid-sentence. I, on the other hand, absolutely cannot tolerate braided line that digs into the spool— I’m not even kidding. Not only will it dang-near rip the rod from your hand while attempting a bomb cast, but it can send your expensive lures flying into the next county.

Throughout my testing with Seaguar Smackdown Braided Line, I’ve loved how well it behaves on the spool. Because I use braid for a lot of my close quarters flipping and pitching, my big hooksets have a tendency to dig the line into the spool, resulting in constant stripping and reeling before making my next cast. This line, however, features a clear outer coating that eliminates any issues with digging.

I’ve been using the 30-pound Smackdown for my walking topwater lures and even when a big bass makes an aggressive boatside run, I can immediately unhook the fish and make another long cast without checking my spool for loops or digs.

I also believe that this clear coating has helped reduce my backlashes. I’d like to say I never do it, but everyone has that “uh-oh” moment every now and then. But this Smackdown is ridiculously easy to cast regardless of wind speed or direction. It comes off the spool smoothly and makes its way through the worm gear and line guides effortlessly.

It hasn’t let me down 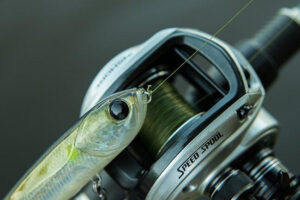 Just because your package of braided line claims it’s 30 or even 65-pound test doesn’t mean it’s invinsible to breakage and fraying— I think that’s a really big misconception. Braid is pretty thin and certain types can be an absolute headache when fishing around rock and wood. Rock tends to cut it like a knife and it can often times wedge itself into wood when setting the hook.

I’ve made a concerted effort to fish Seaguar Smackdown inside and around every type of reasonable cover I can think of. Thankfully, I haven’t noticed any loss of structural integrity. In fact, it’s actually super-strong.

Throughout my testing, I’ve skipped docks, flipped grass mats, frogged everything imaginable and fished a big Damiki Rambler without any fraying or breakage. I’ve also spent some time fishing it around chunk rocks and even though all braid isn’t optimal for it, it’s held up very well to the abuse.

I also pay close attention to the impact resistance of braided line. Because there’s no stretch or “give”, many braids will pop like a gunshot when you set the hook on a 6-pounder in heavy cover. Seaguar Smackdown, however, has proven to have wonderful impact resistance. The knot doesn’t seem to slip, which has allowed me to drastically shorten the tag-end on my Palomar knot. 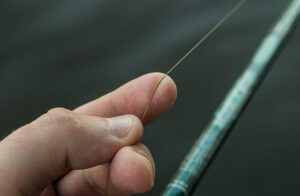 When I first removed the spool of 30-pound Seaguar Smackdown from the package, I was a little bit confused. The package, of course, read 30 pounds but it felt like 15-pound braid between my fingers. I thought to myself, “There’s no way that I’ll be able to lay the wood to a big topwater bite with this stuff.”

I was definitely wrong.

As I’ve already discussed, this stuff is ridiculously strong. But the small diameter has allowed me to pack a bunch of line onto my casting reels. This has given me a little more peace of mind when making long casts with both big topwaters and Carolina rigs. Many other braids I’ve used in the past have been very thick and have made me a little nervous because on a long cast, I’d get really close to my backing.

That hasn’t been the case with this line. And although I haven’t used the 15 to 20-pound test yet—I’ll be ordering some this week, actually—I think the small diameter will be a huge advantage for my deep water finesse fishing this winter.

If you’re looking to try some new braided line, I certainly suggest checking out the new Seaguar Smackdown Braided Line. I’ve had an excellent experience with it and I’ll be using it for the foreseeable future. 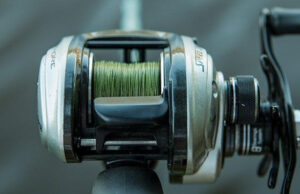